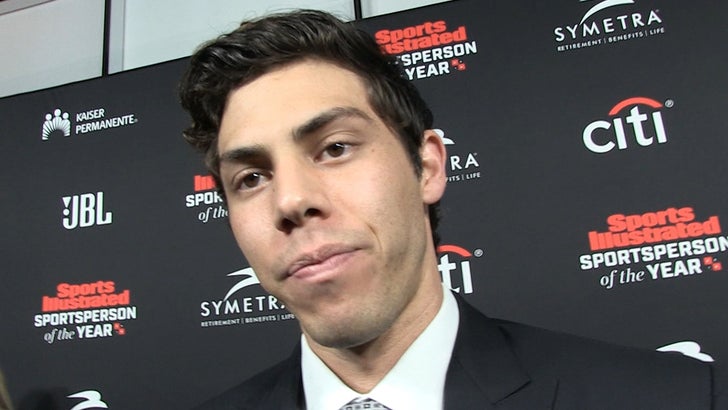 MLB superstar Christian Yelich says he'd be open to donating his MVP award to the Thousand Oaks bar where 12 people were murdered last month ... 'cause the tragedy hit way too close to home for him.

The Brewers outfielder went to school at Westlake H.S. in T.O. -- and tells TMZ Sports he actually used to party at Borderline Bar & Grill when he was a teenager just a few years ago.

That's why he says the tragic killing of 12 innocent people had "extra meaning" for him ... so much so, he says he'll consider donating his MVP award to the bar when it reopens.

"That's something that we'll have to talk about in the future," Yelich told us at the Sports Illustrated Sportsperson of the Year ceremony at The Beverly Hilton in L.A.

"I feel like you gotta let the grieving process play out. Let them take care of the many needs and things that they have to take care of just to get back to a sense of normalcy. And, then you can kinda see what you can do to help out."

In the meantime ... Yelich has teamed up with Ryan Braun, Rams star Jared Goff and others to not only raise money for the shooting victims but also those affected by wildfires.

"We tried to put together a California Strong charity just to raise money to help people out and get them back on their feet in any way we can. Just lend a helping hand in a time of need."

Props to Yelich and the guys ... they sold shirts, autographs and giveaways over the last month that raised hundreds of thousands of dollars for victims. 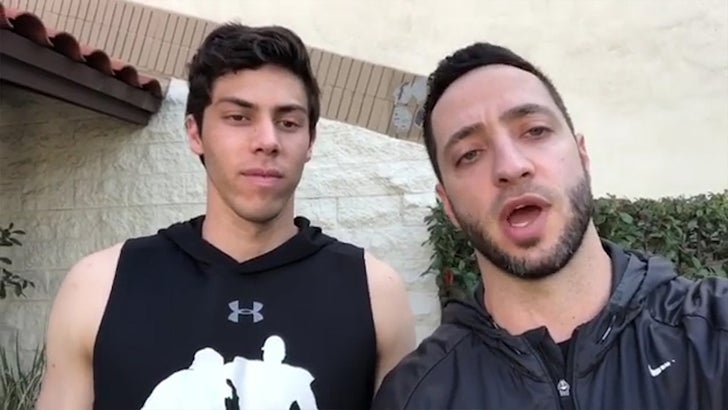 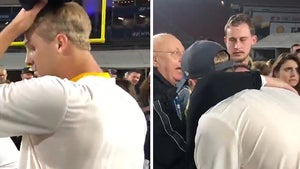