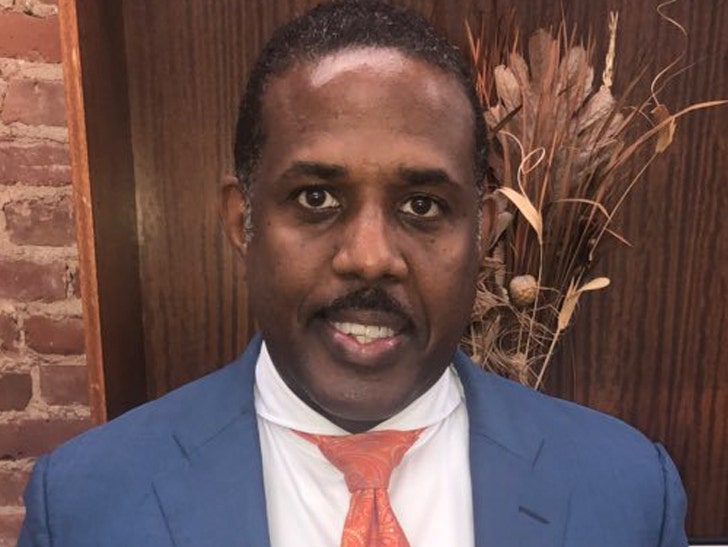 A New York State Senator just joined the ranks of disgusting Twitter trolls by telling a woman to kill herself ... because she ID'd him as the alleged culprit of a parking violation.

Sen. Kevin Parker, who represents NY's 21st District, nastily fired back at Candice Giove Tuesday after she accused him of misusing a parking placard. BTW -- Candice is the Deputy Communications Director of the NYS Senate. 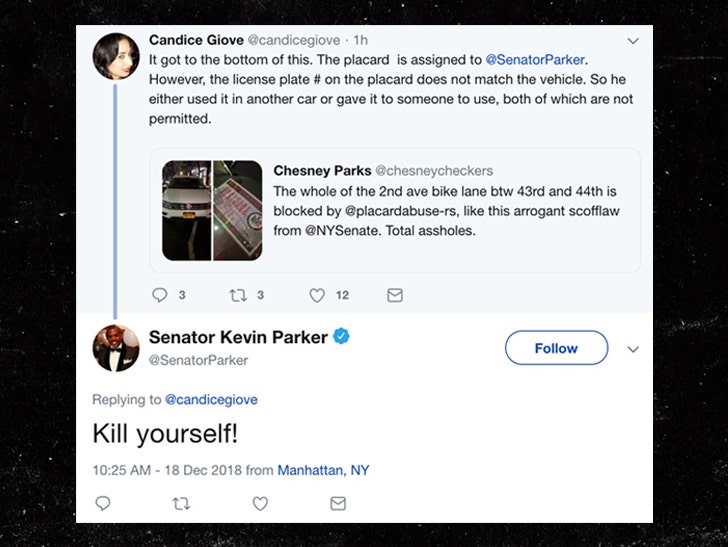 Candice said she did some digging when a Twitter user complained that an "arrogant scofflaw" from the NY Senate was blocking a bike lane with his car ... claiming it was placard abuse.

Giove fingered Parker as the illegal parking perp, to which he replied ... "Kill yourself!"

Candice was incredulous by the Senator's comment, but of course ... he deleted the tweet and apologized shortly afterward. Parker wrote ... "I sincerely apologize. I used a poor choice of words. Suicide is a serious thing and and should not be made light of."

However, he's continuing to go after Giove, reportedly calling her an internet troll and tweeting that she's "on the wrong side of history for every important issue facing New York State!"

We reached out to Giove and Parker ... so far, no word back. 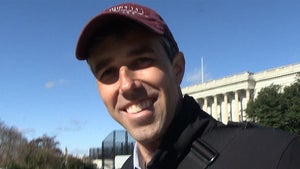