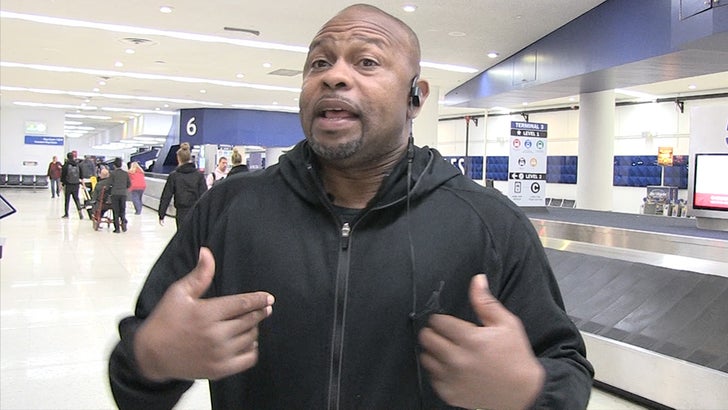 Roy Jones Jr. says a new deal he inked with UFC to stream his boxing events won't just benefit his own sport -- it'll elevate UFC as well ... and it might make a potential fight between himself and Anderson Silva that much more likely to happen.

We got the 6-time boxing champ at LAX Friday on the heels of a joint announcement Roy and Dana White rolled out just hours earlier -- UFC Fight Pass will stream up to 72 pro boxing events put on by Roy Jones Jr.'s Boxing Promotions company ... for 3 years!

Roy certainly seems jazzed about the news, telling us it's a partnership that he and his pal, Dana, have been circling for a while ... but only took about a month or so to hammer out on paper once everything was in place. He says it's a win-win for both sports. 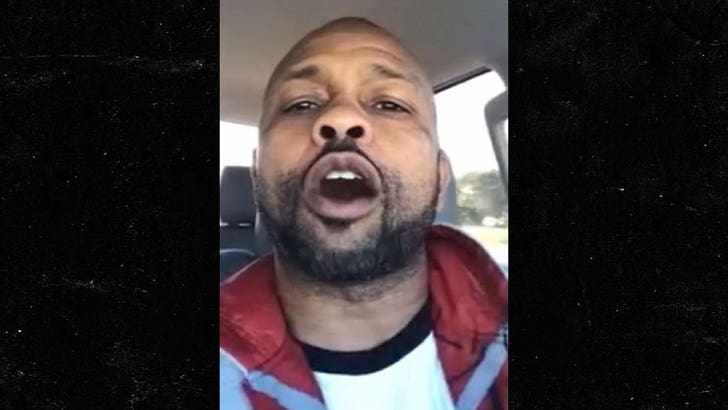 Now for the juicy part ... we ask if he still thinks he'll get in the ring one last time to fight Spider himself, as he'd previously expressed interest in doing this past January.

Check out his response ... sounds like he's still waiting on DW to sign off, but ya gotta think this new contract can only help the cause. 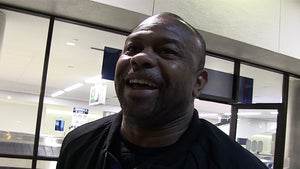