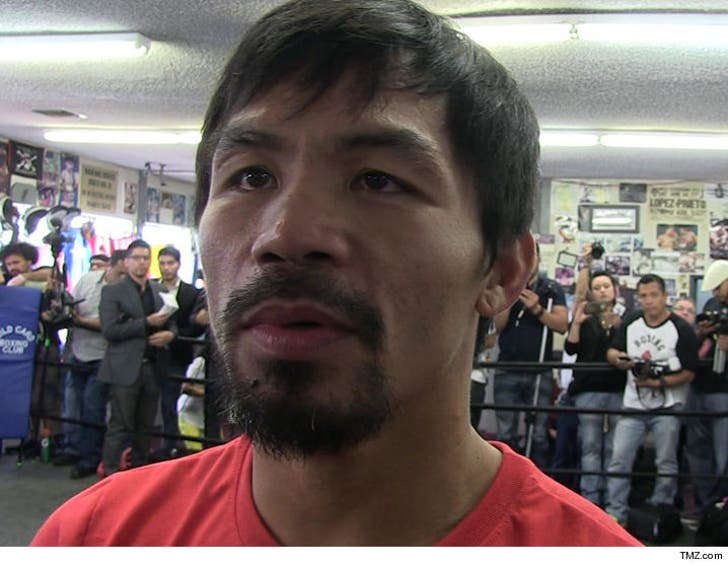 Law enforcement sources tell us they got a call Sunday from someone on Pacquiao's team regarding the crime. We're told there were signs of forced entry and the home was ransacked.

Pacquiao was not home at the time ... he was still in Las Vegas. Pacquiao beat Broner by unanimous decision Saturday.

At this time, it is not known what all was taken from the boxer's home. Cops do not have any suspects.

Manny's victory over Broner improves his pro record an impressive 61-7-2. Pacquiao won the fight via unanimous decision and he looked pretty good.

Now, the question is ... will Manny and Floyd Mayweather work out a deal for a rematch? Remember, both fighters had been teasing a 2nd fight for months but so far, no deal has been made.

The last time Manny and Floyd fought, both guys made a TON of cash -- Floyd raked in around $300 MIL and Manny's haul was around $100 MIL. 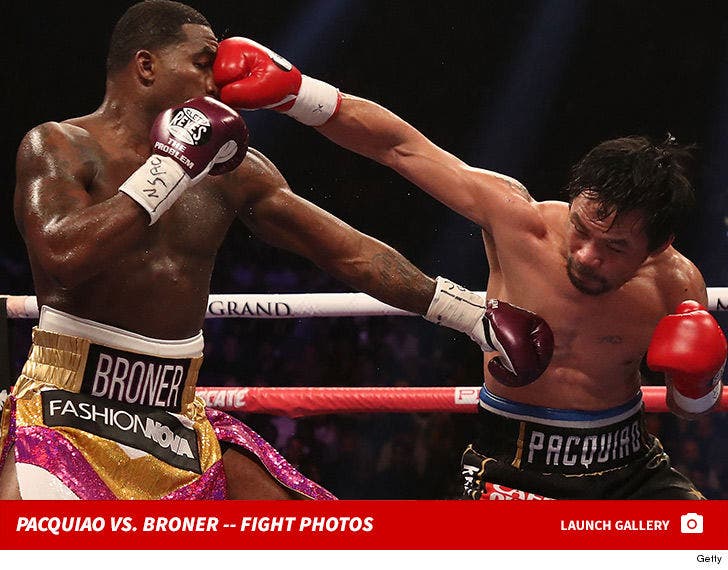 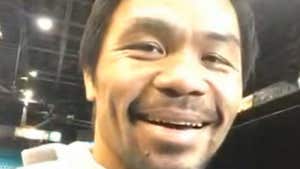 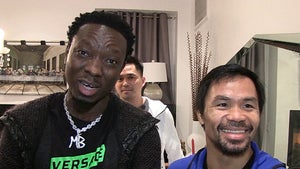 Manny Pacquiao Gets Anger Translator to Cuss Out Adrien Broner