10:07 AM PT -- Cook says he had a pair of Louboutin shoes, an additional pair of shoes AND some dress pants stolen -- ESPN's Dianna Russini reports.

7:36 AM PT -- A rep for the TSA tells TMZ Sports ... they've already launched an investigation into Cook's allegations and are hoping to get some answers ASAP.

We're told officials have reached out to Cook and are hoping to speak with him soon to get more information about the alleged crime.

Oakland Raiders TE Jared Cook claims TSA employees STOLE several valuable items out of his luggage at the airport on the way to the Pro Bowl ... and he's calling 'em out on video.

"The great folks at TSA went through my bag and stole my shoes and some of my clothes," Cook told Vegas Sports Daily at the Pro Bowl practice in Orlando.

Cook says the items were worth a "pretty good amount of money."

You can see in the clip Cook is pretty upset -- and he's blaming the alleged crime on the government shutdown.

"I guess when you're forced to find work or find money to come in from somewhere for your family, you take it out on the people that you serve."

He added, "When you don't feed your dogs, they go licking on your bones -- so that's what they're doing."

We reached out to the TSA for comment and we're told they're looking into Cook's allegations. However, TSA responded to Cook on Twitter saying, "This deeply concerns us. We take these allegations very seriously."

Cook has made more than $37 million in his NFL career -- and is expected to sign a pretty big contract before the 2019 season.

So, even though it SUCKS to have your stuff get jacked (allegedly) ... at least he can afford to buy new gear. 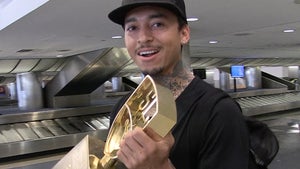 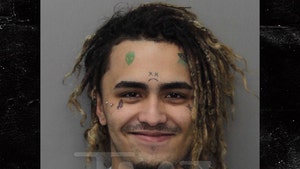