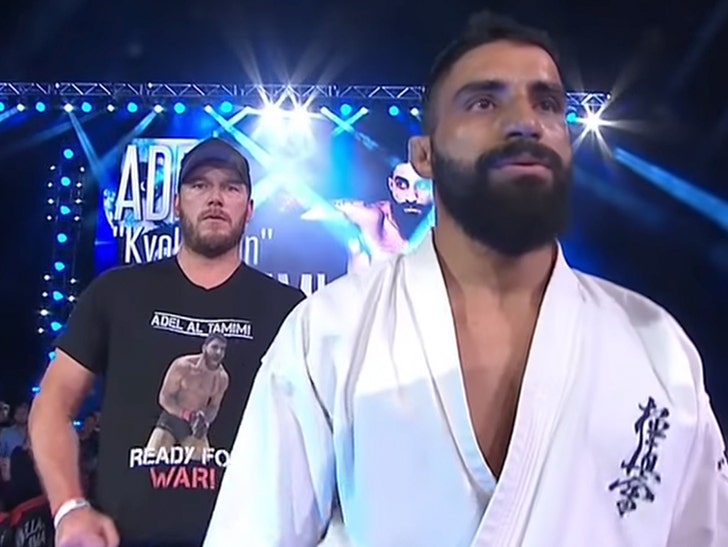 Add another credit to Chris Pratt's resume -- MMA cornerman -- because the movie star was a part of fighter Adel "Kyokushin" Altamimi﻿'s fight team this weekend ... and THE GUY WON!!!

Pratt went INSANE when his buddy tapped out Brandon McMahan at Bellator 214 at The Forum in L.A. on Saturday night ... but the question everyone was asking -- why was Pratt there?!

Turns out, the "Guardians of the Galaxy" star became friends with Altamimi while training at Jay Glazer's Unbreakable Gym in L.A. ... and they've become so close, Adel invited him to walk him to the cage.

Adel's backstory is incredible ... the 29-year-old was born and raised in Iraq and was contracted as a convoy driver for the U.S. Marine Corps.

It was a dangerous job ... Altamimi was captured by Al Qaeda and was threatened with death -- until he was saved by a group of U.S. Marines.

After the rescue, Altamimi moved to the U.S. and began his MMA training -- meeting people like Jay Glazer and Chris Pratt along the way.

A.A. and Pratt built a strong friendship over time ... and Pratt congratulated him in November when he landed a multi-fight contract with Bellator, saying, "Can’t wait for the rest of the world to watch him fight and share his unbelievable story."

Fast forward to Saturday night -- Pratt helped Altamimi warm up in the locker room, walked him to the cage, coached him from the corner and then celebrated when Adel won his fight in 76 seconds!!!

After the fight, Adel praised the movie star -- and later said he wasn't nervous about the fight because he'd been in more serious, violent situations during his time in Iraq. 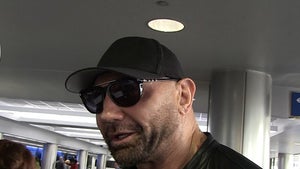