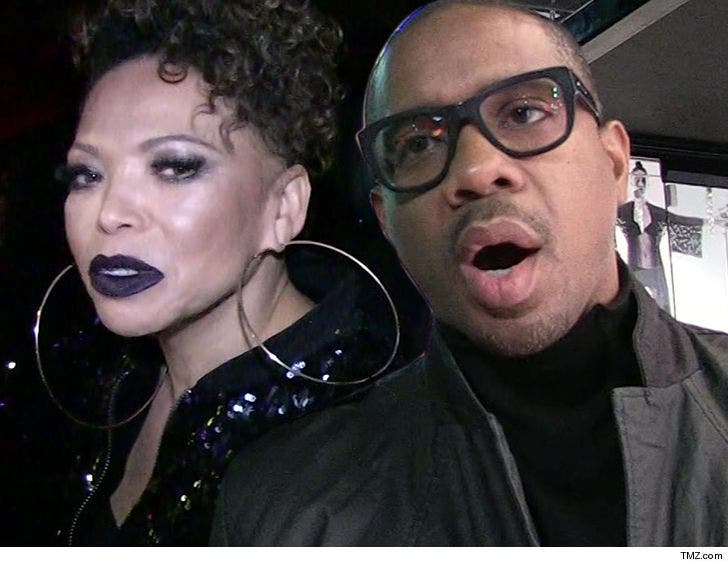 Tisha Campbell-Martin claims her estranged husband has been abusive for years ... alleging he flew into a violent rage as recently as last month.

The "Martin" star filed for a restraining order against Duane Martin ... alleging he once punched her in the chest with a closed fist. In the docs, she says in December, Duane "grabbed me by my arm to try to get me in the bedroom." She claims she filed a police report in January about multiple alleged physical altercations.

According to the docs, obtained by TMZ, Duane started physically, emotionally and mentally abusing Tisha at the start of their marriage in 1996. She says he berated her about her weight and inability to land roles because of it.

As for why she's speaking now ... Tisha says, "I can no longer live in fear of retaliation ... the need [to] press criminal charges for his acts overshadows the embarrassment of making his crimes against me public through this report."

A judge has now granted Tisha the temporary restraining order, which requires Duane to stay at least 100 yards away from her. As you know ... Tisha and Duane are in the middle of a bitter divorce.