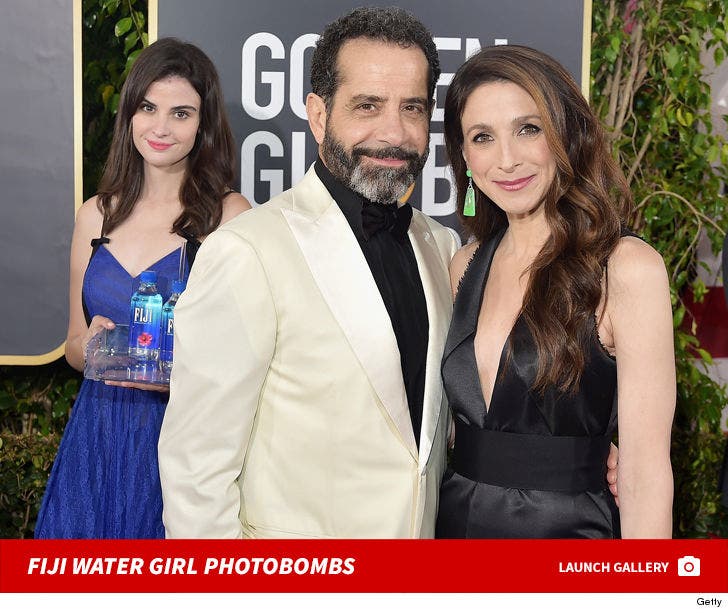 3:04 PM PT -- A rep for FIJI tells TMZ, "This lawsuit is frivolous and entirely without merit. After the Golden Globes social media moment, we negotiated a generous agreement with Ms. Cuthbert that she blatantly violated. We are confident that we will prevail in court. Throughout our history, we have had a sterling reputation working with talent."

The viral sensation that was the "Fiji Water Girl" photobombing every celeb at the Golden Globes is back -- just not in the flesh ... which is why she's suing the water company.

Kelly Steinbach -- who goes by her modeling name, Kelleth Cutbert -- is suing Fiji Water over a cardboard cutout campaign that she says the company launched without her permission. Steinbach claims Fiji used her unauthorized image holding the tray of Fiji water bottles at the award show. 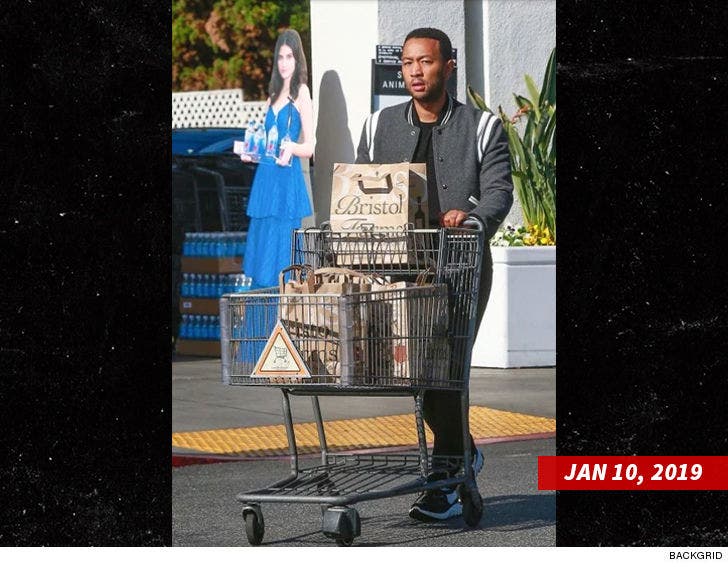 She says they tried coaxing her into signing away her rights, and even though she did a mock video that appeared to be doing just that ... Steinbach claims she never actually put ink to paper on a real deal. It was all for show. Nonetheless, she claims Fiji moved forward.

Steinbach says that cardboard cutouts of herself started to pop up all over L.A., and one of those is pictured in a photo with John Legend from earlier this month.

She says the "Fiji Water Girl" viral moment generated upwards of $12 million in brand exposure, and now she's asking a judge to give her a piece of the pie. 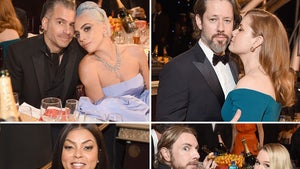