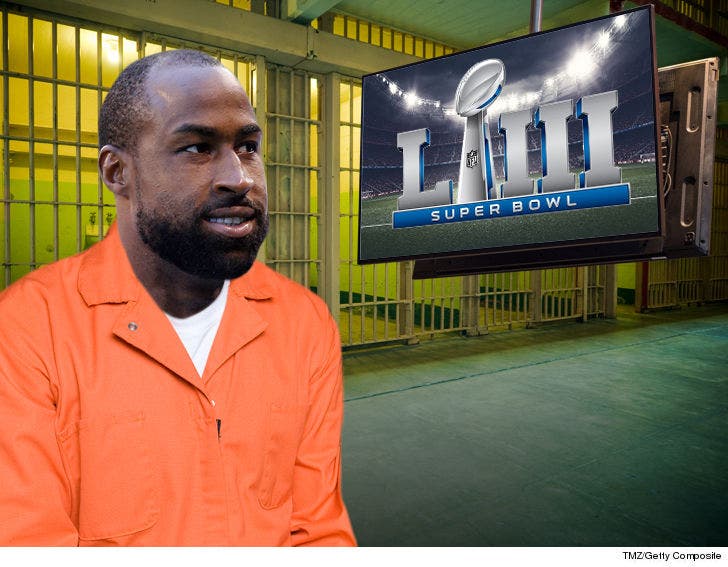 Brandon Browner -- the guy who helped the Patriots win Super Bowl XLIX -- WILL be allowed to watch his former team in the Super Bowl from jail ... TMZ Sports has learned.

Browner -- who was just sentenced to 8 years behind bars after he pled no contest to attempted murder back in December -- is currently being held in L.A. County Jail.

But, law enforcement sources tell us they won't ban the guy from watching his ex-team if he wants to ... saying Brandon WILL have the ability to catch the game on Sunday.

Browner was a superstar for New England in his lone season there in 2014 ... and has even been credited by Bill Belichick for helping Malcolm Butler make the game-sealing pick against the Seahawks in the Super Bowl.

But, Browner found himself in big trouble last July after he brutalized his ex-girlfriend in front of her two children -- and was sentenced to 8 years in prison after he copped a no contest plea.

Brandon is currently trying to have a judge throw out the conviction ... with a court date set for next month.

While he waits for that ... nobody's stopping him from watching Tom Brady work. 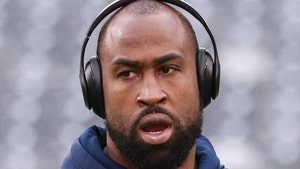 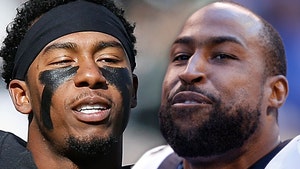 Sean Smith Says Brandon Browner Helped Him In Jail, Place Was For Animals!