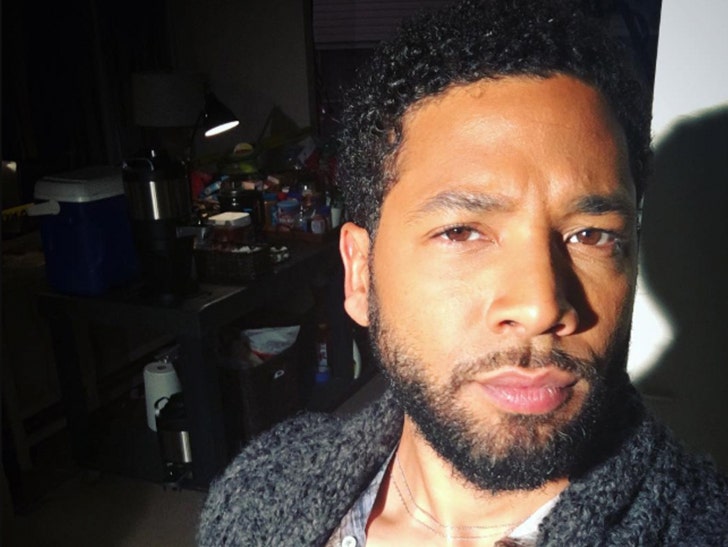 3:30 PM PT -- Police raided the home of the 2 men who cops picked up at the O'Hare Airport Wednesday night ... this according to WBBM TV reporter Charlie De Mar, who says he spoke to the family of the 2 men. Both men are Nigerian and were extras on "Empire." Based on what the cops have already said, it appears these are the same men who were captured on the surveillance video.

BREAKING:Police raided the home of two persons of interest in Jussie Smollett case last night. Both men are of Nigerian decent and have appeared as extras on the show. Police took bleach, shoes electronics and more.Officers asked family if they knew #Jussiesmollett. @cbschicago pic.twitter.com/PDSFtf5jwb

According to the report, police seized 5 bottles of bleach, a red hat, 2 laptops and other items.

The family said the 2 men left for Nigeria the day of the alleged attack. This is consistent with what law enforcement sources previously told TMZ ... that the men left for Nigeria and returned Wednesday night, and the police tracked their travels and were waiting for them when they landed in Chicago.

By the way ... when we broke the story about the various details of the alleged attack, our Jussie sources said the actor identified the 2 men as white. We do not know the skin color of the 2 men from Nigeria.

Important to note ... the red hat may be a red herring, because Jussie never said the men were wearing MAGA hats ... rather, he says they screamed "MAGA country."

2:50 PM PT -- Chicago PD has confirmed ... the 2 men taken in for questioning are the same men in the surveillance video screen grab. The PD confirms transportation records, along with interviews with Jussie and other witnesses, led to the ID of the 2 men.

Jussie Smollett is being questioned again by Chicago PD ... and officers are also talking to another man, an actor who has also appeared on "Empire" ... TMZ has learned.

Sources connected to the case tell us the actor, not Jussie, was picked up by Chicago PD Wednesday night right after he flew into O'Hare Airport. We're told Jussie was brought in Thursday morning for additional questioning. Another man who was with the actor at O'Hare was also taken in for questioning.

The two individuals are being questioned as "persons of interest." Police won't say if they are the same 2 people seen in the grainy image released last month. But, law enforcement sources tell TMZ, they believe the 2 people were at the scene of the alleged attack.

As for how cops ID'd the 2 people they're questioning -- we're told they used rideshare and/or taxicab records to track their locations the night of the alleged incident.

Jussie is on record saying he believes the 2 men in the grainy image are the ones who attacked him.