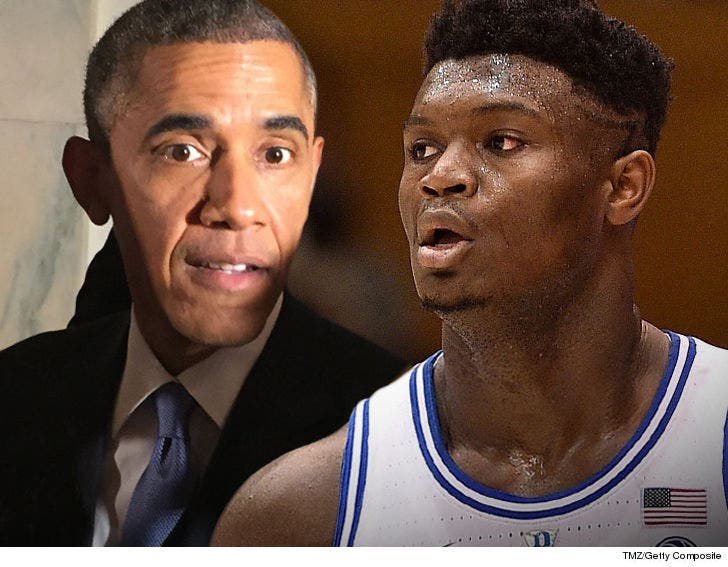 President Barack Obama was quick to show love for Zion Williamson after watching him suffer an injury 30 seconds into the Duke vs. NC game ... wishing the college star a speedy recovery.

You've heard about it by now ... Zion's Nike shoe blew out shortly after tip-off Wednesday night, resulting in a mild knee sprain. Obama was sitting in the front row when it all went down.

"Zion Williamson seems like an outstanding young man as well as an outstanding basketball player," #44 tweeted after the game. "Wishing him a speedy recovery."

It didn't take an expert lip reader to figure out Obama's reaction to the injury -- cameras captured Barack's shocked look while he mouthed the words, "His shoe broke!"

Barack Obama pointing out the fact that Zion’s “shoe broke” will forever go down in history pic.twitter.com/pVFqEBgbFo

LeBron James -- who's also a big fan of Zion -- tweeted out support for the young star as well, saying, "Hope young fella is ok! Literally blew thru his [shoe]."

The freak injury didn't stop Obama from being fan-friendly with the Cameron Crazies ... dappin' up all the folks who packed into the crowded arena for the big game.

Check out the footage we got from inside the arena showing Barack posing for pics before the game -- and meeting fans throughout the night. 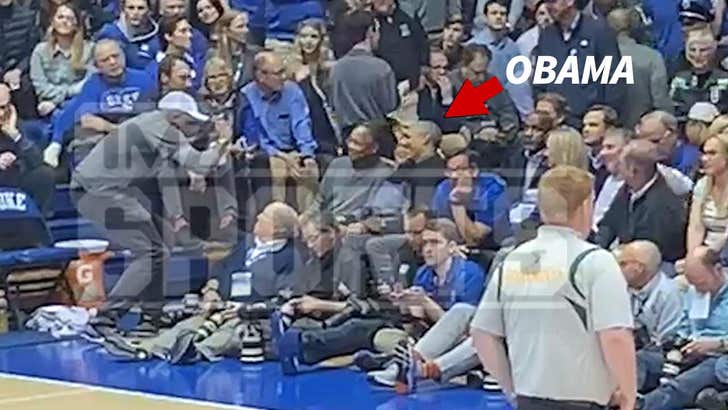 The Blue Devils ended up losing 88-72 without their superstar ... and Zion's status will be evaluated on Thursday. 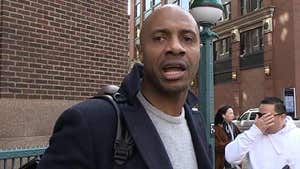