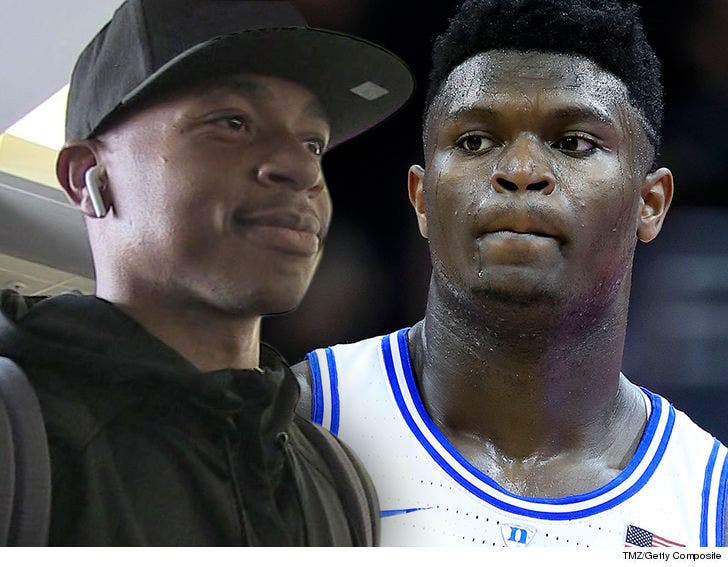 Actually, IT was much more to the point -- "Zion sit yo ass down lol and we will be ready for you in the big boy league."

Thomas has a real issue with NBA rules that forbids top players from entering the NBA Draft right out of high school. The rule has forced players like Zion to go the 1-and-done route at schools like Duke.

"Let these kids go straight out of HS!!! Too much on the line to be messing with college if you got a legit chance to turn pro," Thomas said on Twitter.

"If they not tryna pay these college athletes then the nba should let them come straight outta HS. If college was paying these athletes then it would be a different story but since they not let these kids go get this money if they have the chance too."

There are some people who say stars like Zion should simply sit out the year -- thereby minimizing the risk of injury. But, Thomas doesn't like that option either.

Boogie Cousins is siding with IT ... teeing off on the NCAA at practice on Thursday, saying college basketball is "bullsh*t" and thinks Zion should prep for the next level.

DeMarcus Cousins: “Knowing what I know now, college basketball is bullshit.” Advises Zion Williamson to get ready for the NBA. pic.twitter.com/k3B1JA0E42

Not everyone feels the same way ... ex-NBA star Kenny Smith says top players like Zion SHOULD play one year of college ball because "iron sharpens iron."

Meanwhile, Scottie Pippen agrees with Thomas ... saying Zion has TOO BIG OF A CONTRACT waiting for him in the NBA to be messing around in college games for no paycheck. 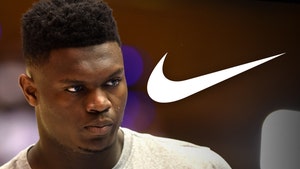 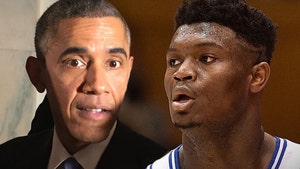