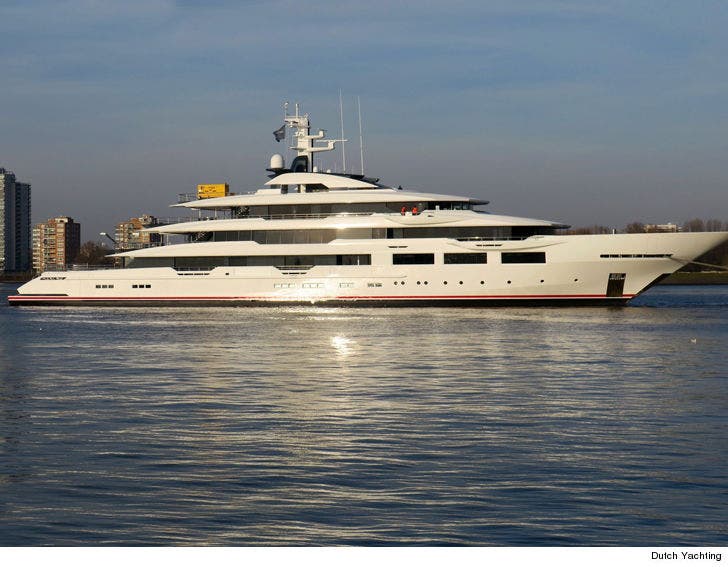 NFL yacht wars are in full effect ... 'cause just like Jerry Jones and Dan Snyder, the mega-rich owner of the Atlanta Falcons, Arthur Blank, just bought a superyacht -- for $180 MILLION!!!

There's a swimming pool and hot tub on the ship's deck -- plus a bunch of other bells and whistles -- and Blank's private quarters also has its own private hot tub.

A luxury yacht company called Oceanco built the boat ... and we're told 76-year-old Blank was VERY involved in the process -- flying to the Netherlands several times to meet with the ship makers.

DreAMBoat just touched the water for the first time earlier this week ... and will soon undergo sea trials -- where they'll make sure she's seaworthy. Dutch Yachting got footage of the action.

The yacht company expects to deliver the boat to Blank in time for this Summer.

Blank is just the latest NFL owner to drop hundreds of millions of dollars on a mega yacht ... Washington Redskins owner Dan Snyder threw down $100,000,000 on a 305-ft. yacht that has its own freakin' IMAX theatre.

Not to be outdone ... Cowboys owner Jerry Jones dropped $250 MILLION on a 357-ft. yacht with 2 helipads, steam room, full gym and a massage room -- which he named after his wife of over 50 years and counting, Gene Jones.

Blank amassed his reported $4.8 BILLION (according to Forbes) by co-founding Home Depot in 1978 ... making him one of the wealthiest owners in the NFL.

He purchased the Falcons for $545 million in 2002 ... and they've made the playoffs (and 1 Super Bowl) since he assumed control of the organization.

The Falcons have quadrupled in value and are now estimated to be worth $2.1 BILLION. 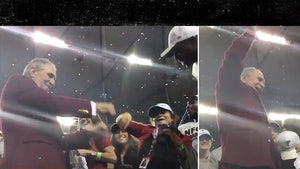 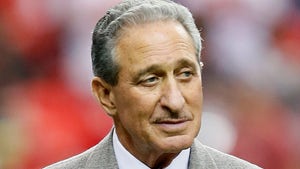