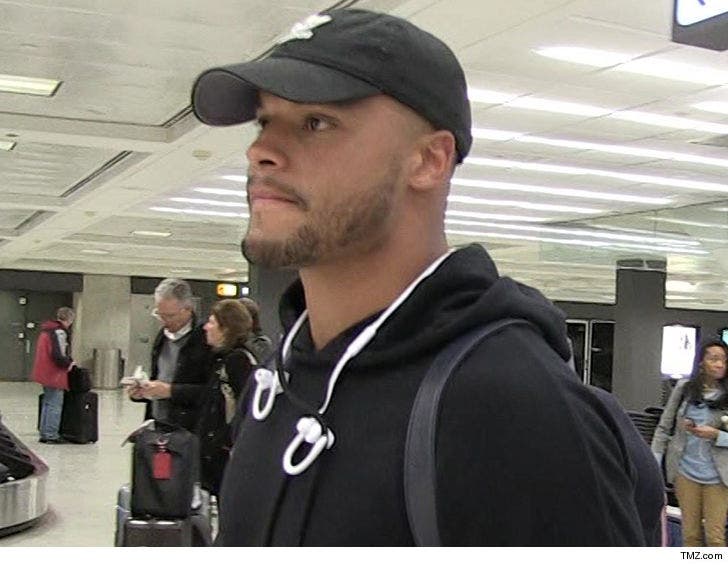 Dak Prescott's pit bull is being held by authorities in Frisco, Texas -- after it escaped the QB's home and bit a neighbor, cops confirmed.

According to the Frisco Police Dept., officials received a call from a neighbor on Monday around 10:51 AM to report a loose pit bull fighting with another dog through a fence.

The neighbor claims she tried to intervene and break up the fight -- but Dak's dog snapped at her -- causing enough damage that she was transported to a local hospital.

Officials say the woman's injuries are not life-threatening.

Cops determined the pit bull -- along with another dog that got on the neighbor's property -- belonged to the Dallas Cowboys QB ... and had escaped his house while he wasn't home.

Investigators determined the dogs got out through an unsecured door. 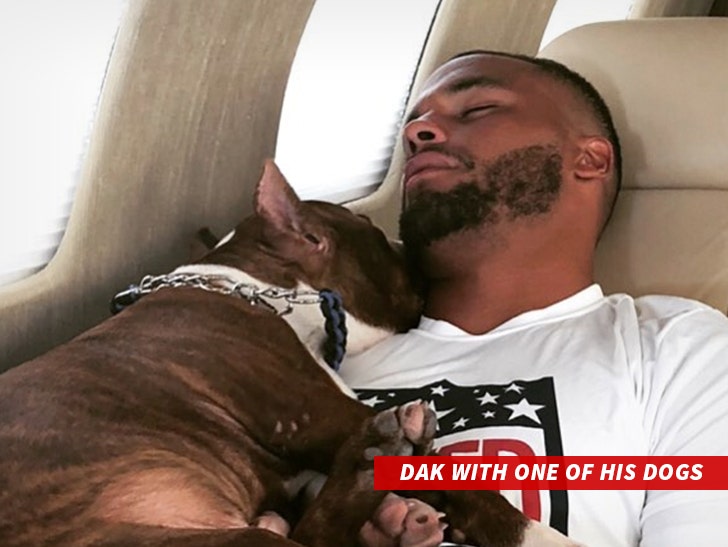 Here's where things get serious for Dak -- cops called Frisco Animal Services which captured the animal and brought it to a nearby animal shelter where it will remain in quarantine for 10 days.

Cops say the incident is being classified as a Class C misdemeanor -- punishable by a $500 fine.

But, we've seen a ton of cases like this before where the victim follows up with a civil lawsuit -- just look at the Blake Griffin situation in Los Angeles.

Dak's other dog was also captured and returned to a person at the QB's home. That dog isn't accused of biting anyone. It's a good dog. 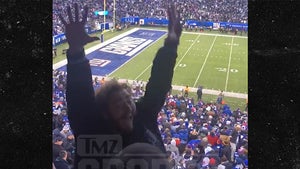