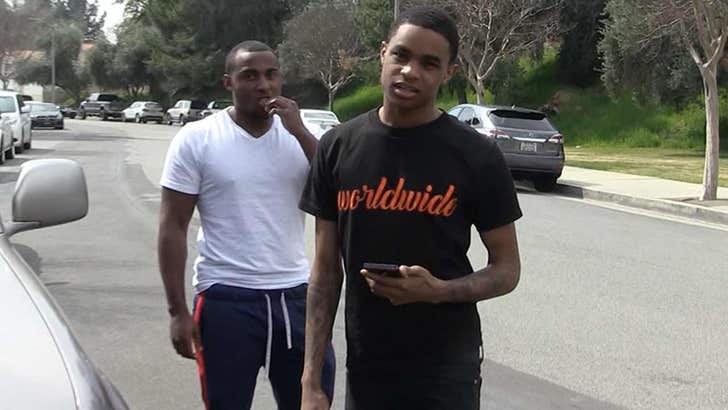 YBN Almighty Jay is turning himself in to cops who are investigating him for allegedly stealing another rapper's chain, Rolex and cash ... but he tells us 5-0's got the wrong guy.

We got the rapper Tuesday as he was about to walk in to LAPD -- a little more than a week after cops named him a suspect for felony grand theft. Still, he strongly denies he's the culprit ... telling us, repeatedly, "I didn't do s**t!"

We broke the story ... YBN was filming videos in Chatsworth, CA with another rapper, Skinnyfromthe9 ... when he and his crew allegedly ran off with tons of loot -- a $40k chain, $20k Rolex and $20k cash. 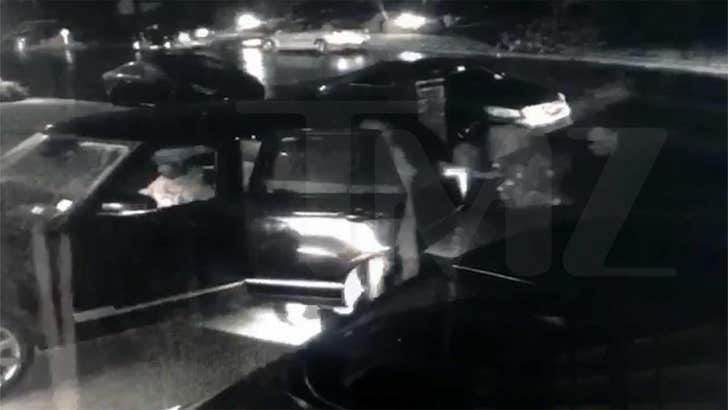 In surveillance footage of the incident, you see a couple men approach Skinny's Range Rover which YBN was standing next to, and after a struggle ... the men run away.

YBN admits it's him in the video, but insists he had nothing to do with jacking the cash and jewelry.

Law enforcement sources tell us Almighty Jay will be booked for grand theft. Probably a good thing he brought his lawyer with him. 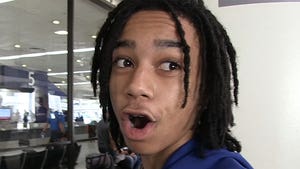