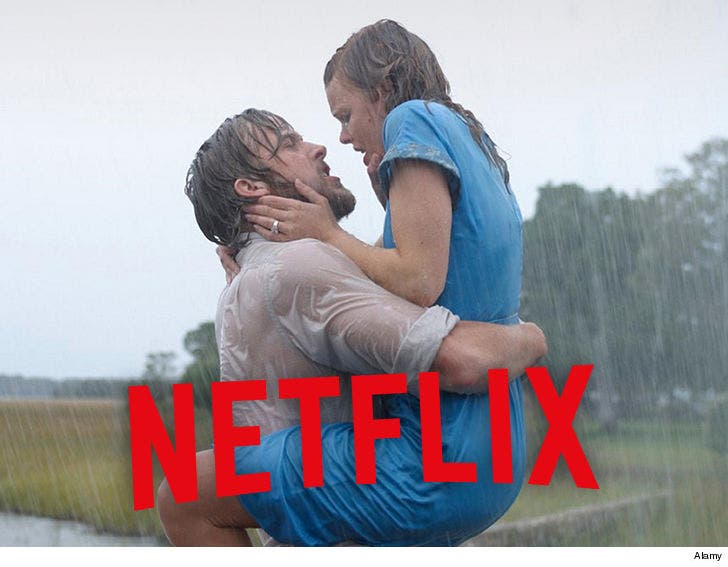 Netflix UK is working it's ass off to fix a huge issue in the version it released of "The Notebook" ... with an alternate ending that doesn't show the flick's main characters die together!!!

The alternative ending that's got fans foaming at the mouth shows no one dying, the couple holding hands and talking about miracles before cutting to a scene showing birds flying over a lake.

Netflix tells us there are a couple things fans should know -- Netflix did NOT edit the film. The streaming giants went on to say, "An alternate version exists and was supplied to us -- we are getting to the bottom of it asap. Apparently, some films have more than one ending?!"

BTW ... the author of the book, Nicholas Sparks, was on the "Today" show and said he prefers the original ending. For what it's worth ... "The Notebook" hits Netflix in the states on March 1. Netflix says rest assured "The Notebook" will be the version "that has always made you sob hysterically."