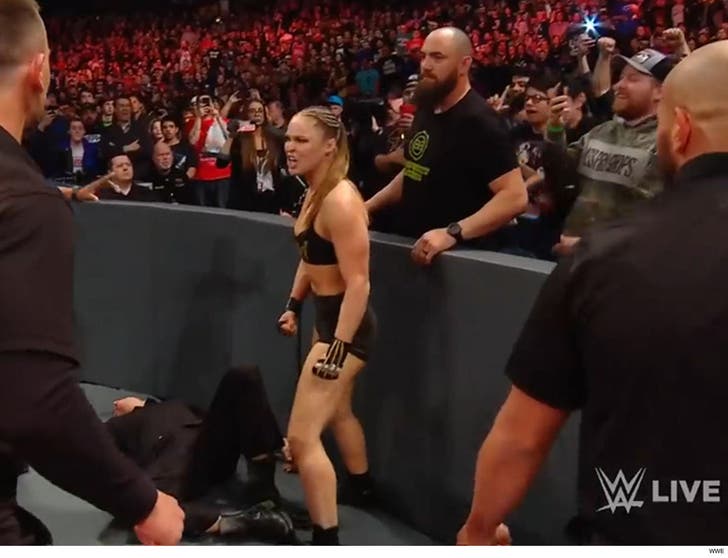 It finally happened ... Ronda Rousey's MMA star husband is beating people up in WWE now too!

There have been rumblings for a while that Browne would get involved with WWE in some capacity -- and Monday night, it finally happened ... when he got out of his seat and threw a haymaker at a security guard who was trying to restrain Rousey.

Browne pulled Rousey into the crowd and personally escorted her into the tunnel -- it's the first time he's been featured as a relevant player in a WWE match.

Could this mean a bigger role for Browne in the future? Maybe an in-ring debut?

It's possible. In fact, Browne has previously told TMZ Sports he's all the way down to become a pro wrestler ... saying he'd "love to go out there and work with my wife." 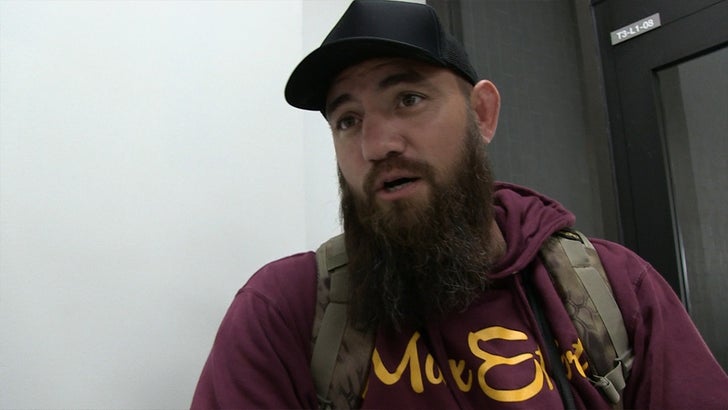 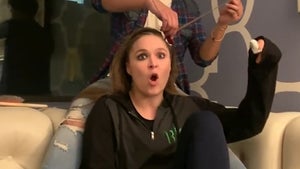 Ronda Rousey Goes Off On WWE, 'F**k You People' 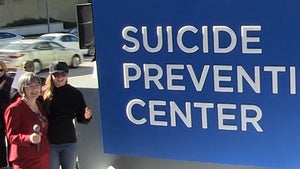