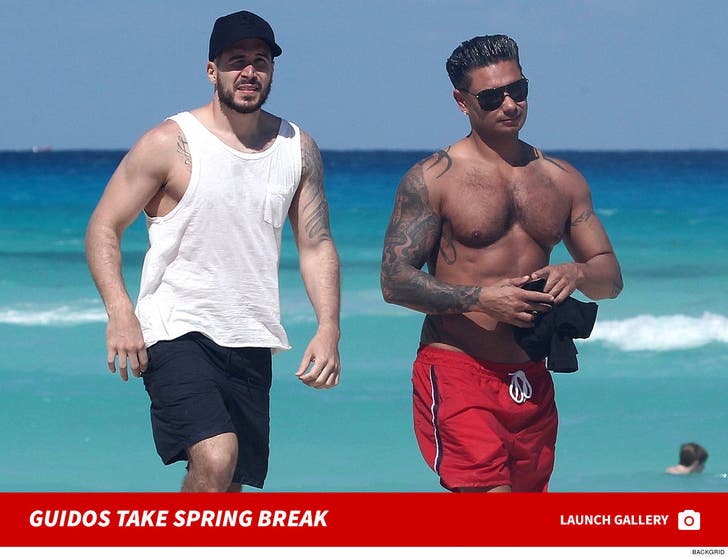 "Jersey Shore" stars Pauly D and Vinny Guadagnino just got some serious G & T in on the beach ... soaking up the sun and looking ripped in the process.

The two reality star BFFs are in Cancun, Mexico working on their tans for their upcoming dating show. Pauly and Vinny first took a stroll through the sand before tearing up some serious waves on a jet ski ... all while showing off their tatted torsos.

As for their new show -- it's called "Double Shot at Love with DJ Pauly D & Vinny" -- and it recently got the green light from MTV. The show will feature 20 women looking to find love with the reality show bachelors.

Both men have been super busy lately -- having booked shows around the world -- and Vinny continues to be a major part of the 'Jersey Shore' franchise.

Their trip to Mexico was a little bit of business mixed in with the bro time and surf -- they are shooting MTV's "Spring Break" which will air next week. Whatever the reason, each guy certainly looks ready to play the field, sandy or otherwise. 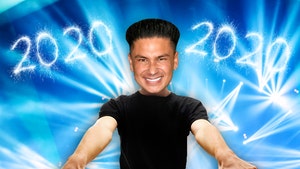 DJ Pauly D Gets Extension for Atlantic City Residency Through 2020