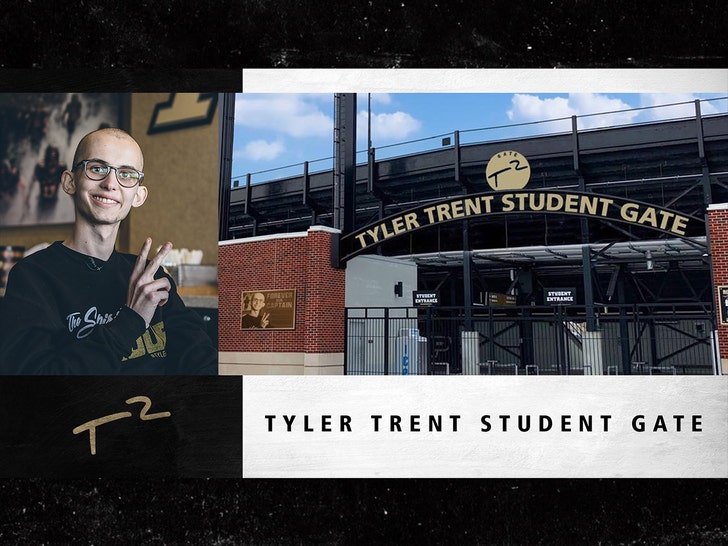 Purdue University is honoring one of its most amazing and inspirational fans by naming a gate to the football stadium after Tyler Trent, whose battle with bone cancer inspired millions.

Trent passed away in January after he was diagnosed with a rare form of bone cancer. He was only 20 years old.

But, his attitude during the fight was incredible. He camped out at the stadium before games to get a good seat and appeared on ESPN to root on all Boilermaker teams.

The football program loved Tyler so much, they made him an honorary team captain before he passed.

Now, in a posthumous tribute to Trent ... the school has renamed the student entry gate after him -- unveiling, "Tyler Trent Student Gate" at Ross-Ade Stadium.

There's also a tribute at the gate with a plaque that reads, "Forever Our Captain" ... along with the #TylerStrong hashtag.

After his death, the school had put out a statement summarizing their feeling for Trent:

"The entire Purdue Athletics family has been touched by his courageous battle, positive spirit and unwavering faith. Tyler was the embodiment of a true Boilermaker who will live on in each of us. We will forever be #TylerStrong." 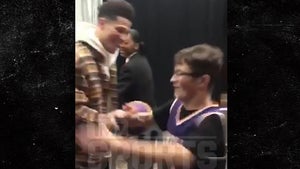 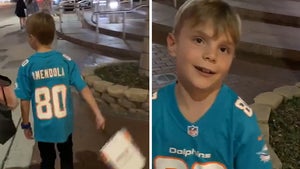