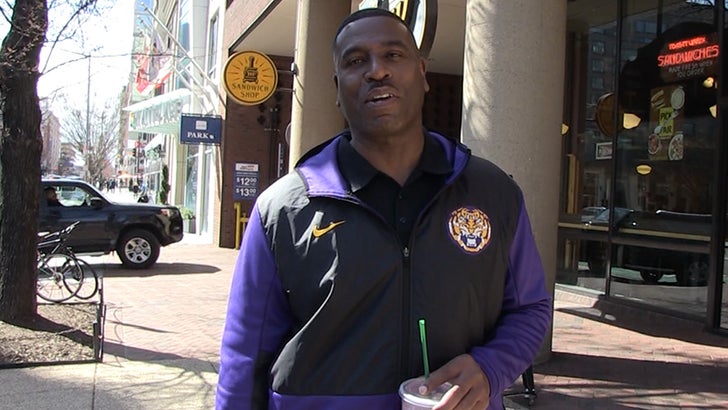 Consider Tony Benford the anti-Conor McGregor ... 'cause he's here to take part, not to take over ... telling TMZ Sports no matter how well LSU does in the tournament, it's still Will Wade's team.

Of course ... The Notorious famously said "we're not here just to take part, we're here to take over" at UFC Fight Night 46 back in July 2014.

The Tigers' interim head coach sees things the exact opposite ... telling us the suspended coach deserves all the cred if Benford leads the Purple and Gold deep into the tournament.

Wade was suspended indefinitely before the NCAA Tournament ... after Yahoo Sports reported that wiretapped conversations revealed Wade discussed making a "strong-ass" offer to a recruit.

Benford -- who couldn't have been nicer -- says the Tigers are looking forward to ruining a bunch of brackets against Michigan State later Friday ... and are enjoying every step of the journey.

But, say LSU wreaks havoc and makes it all the way to the Final Four ... that means Benford should take over, right?? 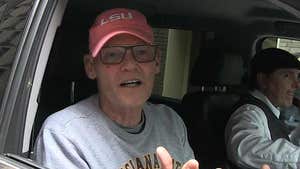 James Carville Says Anthony Davis Can Get Lost, BUT DID YOU SEE LSU? 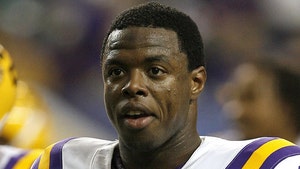