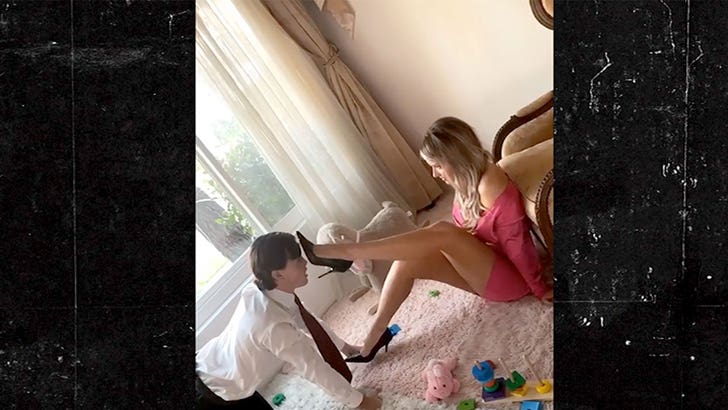 Gronk's GF threw on her best 'Wolf of Wall Street' costume for a smokin' hot photo sesh ... and if the pics come out as good as these vids -- they're gonna be great.

Unclear what the shoot was for ... but Camille KILLS Naomi's famous scene with Leonardo DiCaprio -- slaying everything from the makeup to the dress to the accent!!

Of course, doesn't seem Gronk's in any danger of being in the doghouse like Jordan Belfort ... the couple's relationship seems to be going as strong as ever.

In fact, when the New England legend announced his retirement last month ... Camille wrote, "I love you with all my heart, you allow me to take the term 'proud girlfriend' to a new level." 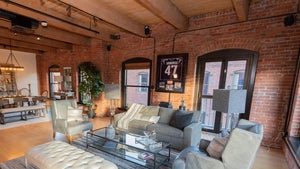