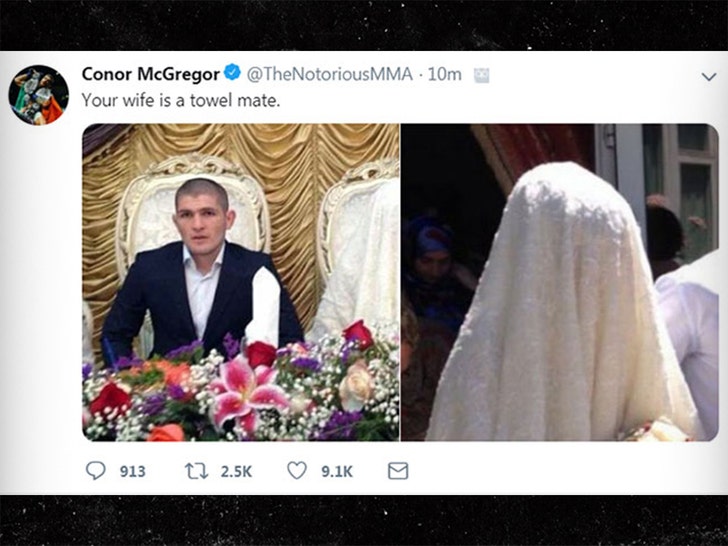 4/4-- Conor seems to want to put all this behind him and get back to fighting with his fists instead of his fingers ... tweeting, "I want to move forward, with my fans of all faiths and all backgrounds."

"All faiths challenge us to be our best selves. It is one world and one for all."

"Now see you in the Octagon."

4:00 PM PT -- ﻿TMZ Sports spoke with Khabib's manager, Ali Abdelaziz, who has a message for Conor if he continues to run his mouth.

"Get your sh*t together, boy, before you get everybody f*cked up. But, we don't want violence. We don't promote violence. We are promoting peace. Enough with the hate." 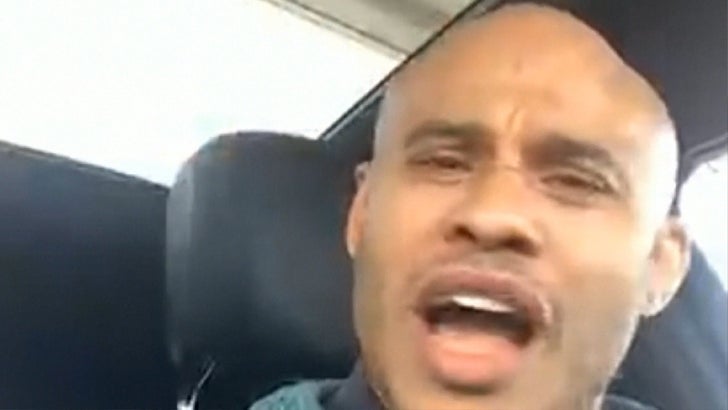 3:22 PM PT -- Conor and Khabib's boss, Dana White, is not happy with the 2 fighters ... saying he's aware of the social media back-and-forth and has reached out to them to handle the situation.

"The ongoing situation has escalated to a level that is unacceptable," White says.

"As such, we are taking the necessary steps to reach out to both athlete camps and this situation is being addressed by all parties internally

10:18 AM PT -- Khabib just fired back at his arch nemesis ... clearly alluding to the reports that McGregor is under investigation for sexual assault in Ireland (Conor's rep bashed the report as a "rumor," but did not address the allegations).

"Rapist, you are Rapist," Nurmagomedov tweeted.

"You are a hypocrite who is not responsible for your actions. Justice will find you. We will see."

Rapist, you are Rapist.
You are a hypocrite who is not responsible for your actions. Justice will find you.
We will see.@TheNotoriousMMA pic.twitter.com/317rLK5TVN

Conor McGregor personally attacked Khabib's wife -- and seemingly mocked Muslim tradition -- tweeting a photo of the UFC champ and his bride ... and calling her a "towel."

McGregor went on a Twitter rampage Tuesday night ... unleashed a fury of Tweets directed at Paulie Malignaggi -- who slapped his good friend, Artem Lobov, earlier in the day -- and Nurmagomedov.

“Don’t be scared of the rematch you little scurrying rat" ... McGregor wrote.

Conor dug in, getting personal ... posting 2 photos from Khabib's wedding day -- along with the caption, "Your wife is a towel mate" -- appearing to make fun of Khabib's wife's clothing.

Khabib and his wife are devout Muslims ... and his manager, Ali Abdelaziz, took the insult as a direct slight at Khabib's religion.

"Talking sh*t, this guy is insulting someone’s wife and making fun of her religion and belief. He doesn’t realize he’s insulting 1.5 billon Muslims. Religion and family is a no no. You’re fucked Connor, let’s see what the media is going to say now. He’s a rapist, and a bitch."

Conor's used racially and religiously charged rhetoric to sell fights and belittle fighters in the past ... so it's possible this entire incident is an attempt to goad Khabib into a rematch. 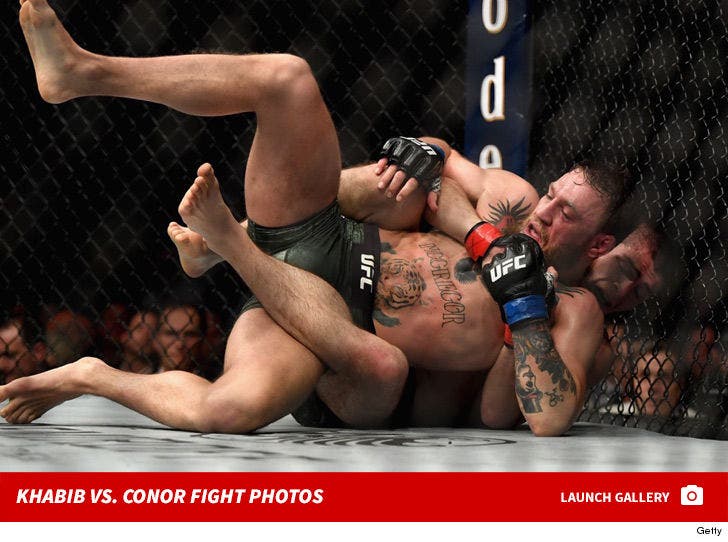 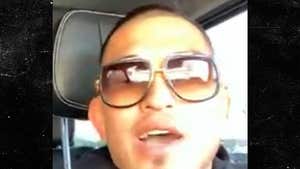 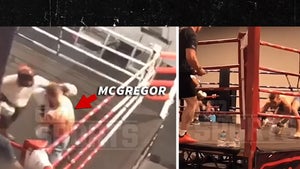