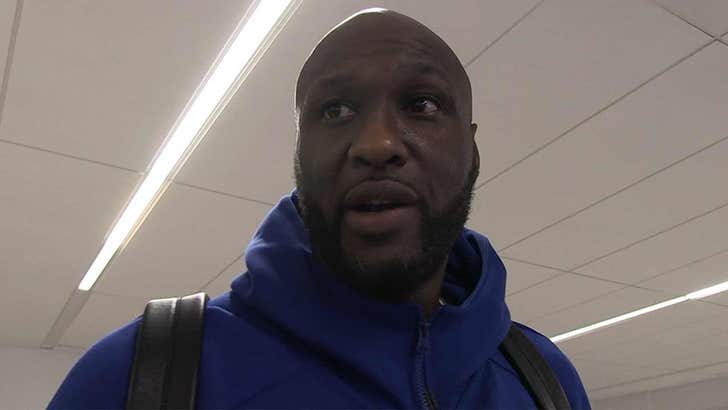 Of course, Pelinka and Buss have been searching for a replacement for Walton since they canned him at the end of the season ... and they've already interviewed a few people for the gig.

Guys like Tyronn Lue and Jason Kidd are reportedly the favorites ... but L.O. thinks the Lakers should scrap 'em both in favor of Howard, and he told us why.

Howard's name has definitely been floated around as a name for the Lakers top job ... he was a teammate of LeBron and coached him while he was with the Miami Heat.

So, let's be real for a second, the Lakers are almost certainly gonna hire Ty Lue ... BUT don't discount what Odom is saying, there might be an 11th-hour surprise.