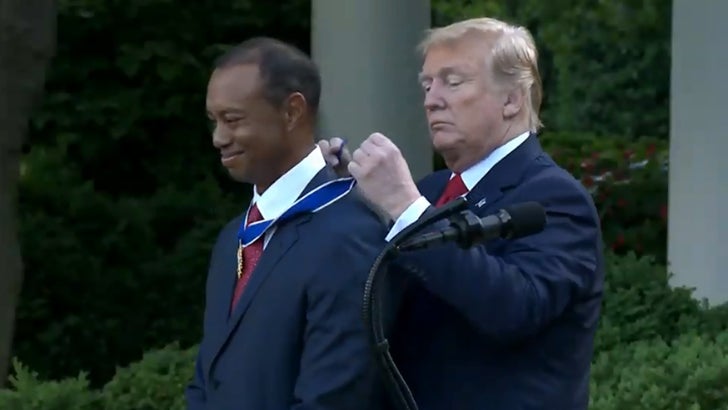 Donald Trump has just presented Tiger Woods with the Presidential Medal of Freedom -- and joked about how the two always remember the good things ... and never the bad.

Tiger was emotional as he accepted the award in front of his family and girlfriend -- and choked back tears as he spoke about his late father.

The Presidential Medal of Freedom is the highest civilian award in the United States -- and is given to people who make an especially great contribution to American society.

Trump had announced Woods would be receiving the award after Tiger won the 2019 Masters in Augusta. 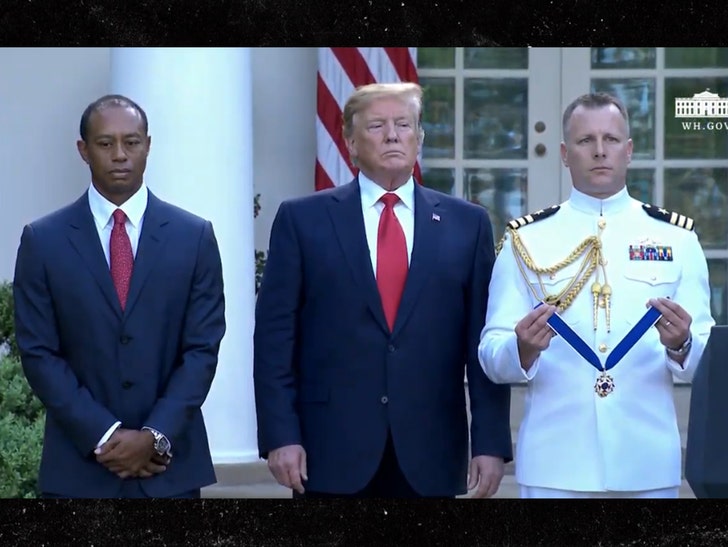 Trump couldn't have been more complimentary to Woods -- hailing the 43-year-old as an extraordinary athlete and "also a great guy."

Trump says Woods inspired millions of Americans with his thrilling victories on the golf course -- including that amazing win at the 2019 Masters ... which Trump described as an "incredible comeback" after all of the physical ailments he's dealt with over the years.

POTUS also said Woods is the embodiment of the American spirit -- "always striving for greatness."

Woods thanked his kids, his mother and his girlfriend -- and shouted out the people who stuck with him through "the good and the bad, the highs and the lows."

Unclear if he was specifically referencing golf -- or his other issues over the years.

Woods says receiving the award was a great honor. 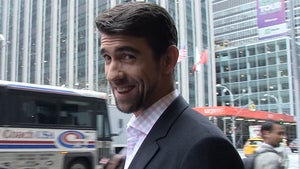 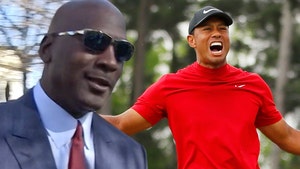