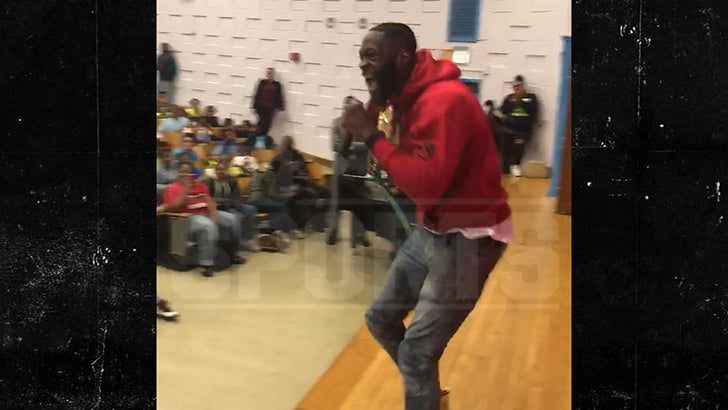 Deontay Wilder has a massive fight this weekend ... but that didn't stop the heavyweight champ from hittin' up an NYC elementary school and delivering a rousing pump-up speech to the kids.

It all went down Monday afternoon at P.S. 288 -- a school for Pre-K to 8th graders -- in Brooklyn ... and the message was inspirational and heartfelt.

"I'm here to say I was just like you young guys, just in a different state, in a different city, different environment. Every time I woke, there was negativity," Wilder told the kids at the event put on by the "Game of Life" program, which focuses on helping children stay out of trouble.

Deontay continued ... "It took me 11 years to get here. Many people died near me. Many people labeled me as statistics to society ... 'You ain't gonna do nothing, you're bad.'"

The message is clear ... believe in yourself, follow your dreams ... and don't stop until you get where you wanna go.

Wilder ended the epic speech with a chant -- "Believe it, speak it!" 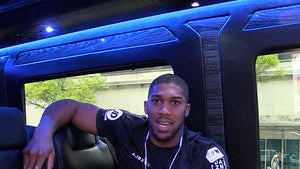 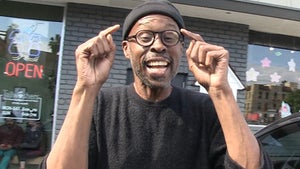