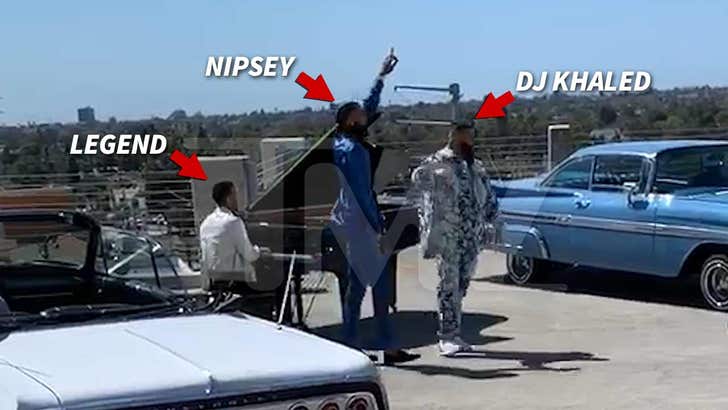 Nipsey Hussle's final day on a music video set was an uplifting, almost spiritual experience alongside DJ Khaled and John Legend ... as you can see here.

TMZ obtained this behind-the-scenes footage showing Nip, John and Khaled recording the vid ... just a few days before Nipsey would be gunned down outside his Marathon Clothing store in South L.A. The video setting was atop a parking structure the crew rented out in nearby Inglewood.

The song is for the Khaled track, "Higher," which will be on his upcoming album, "Father of Asahd."

John referenced the project in his tribute tweet to Nipsey on the day he died, saying he'd just filmed with him and calling the collab "beautiful."

He was right ... the song sounds like a straight banger, and also looks like it'll have pretty interesting visuals -- John at a grand piano, right next to classic cars with hydraulic suspensions firing. Not to mention Nipsey in a dope head-to-toe blue suit.

"Higher" drops Friday, and is presumably one of the last collabs Nip recorded before his death.

Khaled says 100% of the proceeds from the song and music vid are going to Nipsey’s children, Emani and Kross Asghedom … and he says Nip’s family gave him their blessing. 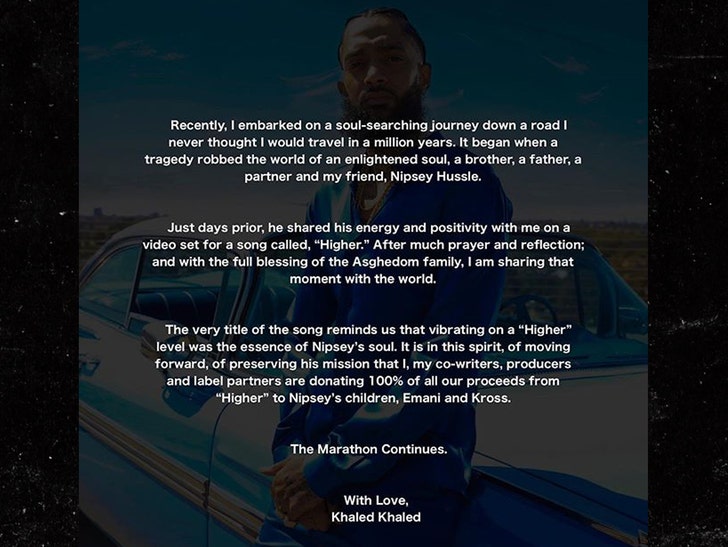 Seeing him in action here really reminds you ... gone way too soon. 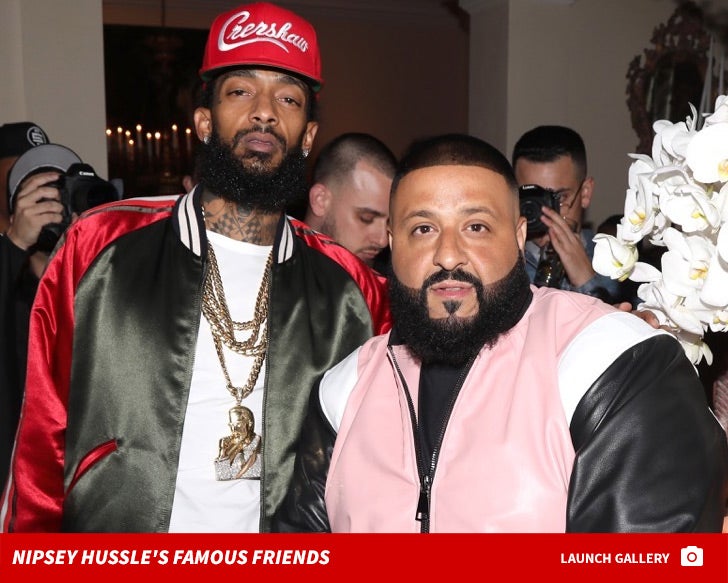 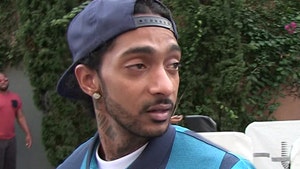 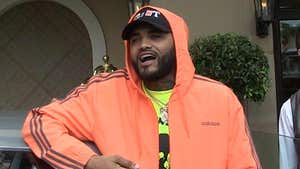 Joyner Lucas Says Church Can't Be Mad About Music Video, They Got Paid