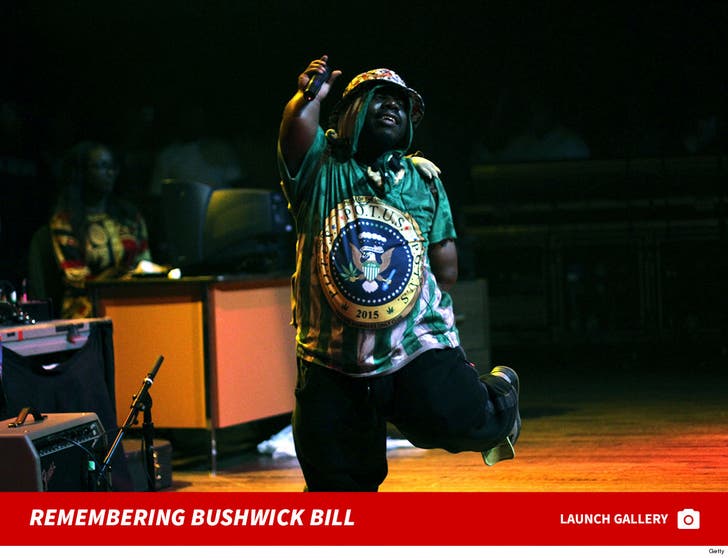 8:45 PM PT -- Bill's reps confirm he died Sunday evening surrounded by family at 9:35 PM in Houston. His publicist says plans are underway for a public memorial.

His son, Javon, tells TMZ ... Bill's final words were, "I will love you forever."

10:05 AM PT -- Bill's daughter says her father is "fighting for his life" and needs prayers and support. She also hinted at some friction between Bill and unnamed industry people. She said on IG, "Certain people have been so quick to write him off as dead so they can capitalize off it."

She stressed, "There is no Geto Boys without Bushwick Bill."

8:55 AM PT -- Bill's publicist tells TMZ he is "still alive and fighting cancer" in a hospital. She says she spoke to hospital staff to confirm, and says some of Bill's family members are by his hospital bedside right now. Others are on their way.

As for why so many of Bill's friends, including Scarface, are posting that he's passed -- the publicist says someone got incorrect information which is spreading like wildfire.

The rumors were likely stirred by Bill's absence from a Saturday night Dallas gig. He was scheduled to make a special performance, but was unable to make it because he was hospitalized. 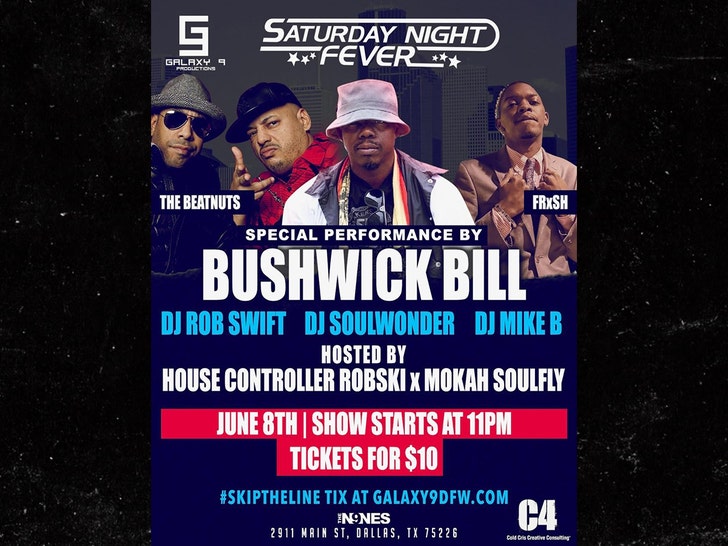 His publicist tells us event organizers were notified ahead of the show that Bill was not well enough to make it.

Bushwick Bill, one third of iconic rap group the Geto Boys, is in bad shape ... but still battling with pancreatic cancer.

TMZ broke the story ... Bill was diagnosed with stage 4 pancreatic cancer in February. Just last month, he told us he was undergoing intensive chemotherapy, and had hoped to get back on the road.

Bushwick Bill, Scarface and Willie D became the Geto Boys in Houston back in 1988 and signed with J. Prince's Rap-A-Lot Records. The group was instantly controversial for its graphic lyrics which made radio airplay almost impossible. Their 1991 album "Can't Be Stopped" still went platinum, though, on the strength of classics like, "Mind Playing Tricks On Me."

Just a few weeks ago, the rap trio was trying to put together a reunion, but it fell apart at the last minute.

As we first reported, Bill had a falling out with tour organizers ... feeling like they were exploiting his cancer diagnosis to sell tickets. He was especially bent out of shape with the mini-tour's title, "The Beginning of a Long Goodbye: The Final Farewell."

Promoters pulled the plug on the tour on the eve of its launch. However, Bill told us he wanted to do a 20-city solo tour called "Phuck Cancer" ... and planned to donate a portion of proceeds to pancreatic cancer patients in each city.

April 7. The last time I saw him. He was, is and will always be a legend. God bless his soul and his family. There will never be another. RIP Bushwick Bill. Geto Boys. https://t.co/KUfgxHSAQa

Houston hip-hop icon Bun B paid tribute on Twitter, saying Bushwick "will always be a legend."