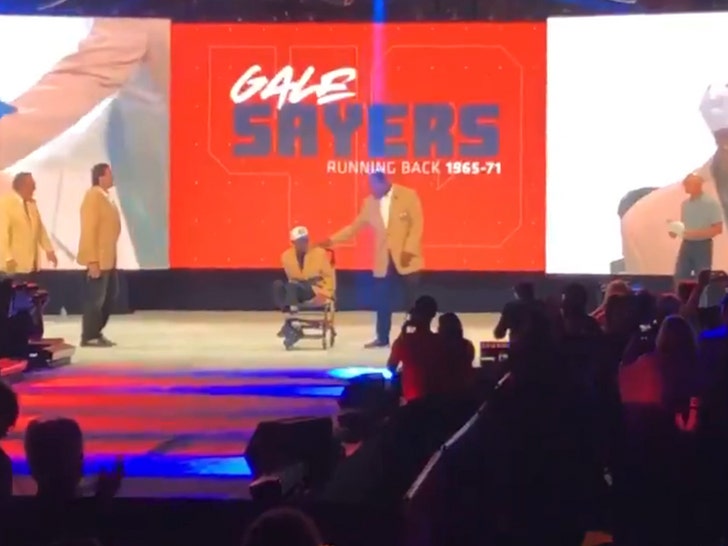 Haven't cried yet today? Here's something that'll change that ...

Gale Sayers -- who's battling dementia and is struggling daily to remember who he is -- showed up to the Bears100 celebration on Friday ... and got an ovation from the crowd that brought a tear to his eye.

The 76-year-old legend is struggling in his fight with dementia ... his wife, Ardie Sayers, says the former RB is having hard time speaking and moving.

In fact, she tells The Athletic he can't even sign autographs anymore because he can't write ... saying, "It's kind of sad because he used to love to write his name."

But, Ardie took Gale to the Bears100 celebration over the weekend in an effort to help "jog his memory," and his first appearance in front of the crowd was tear-jerking.

The most moving moment of the Bears’ centennial celebration was when the great Gale Sayers, who is suffering from dementia, received a great ovation from the fans. #Bears100 pic.twitter.com/ng4YVaROTo

Sayers was pushed onto the stage in a wheelchair -- and the ovation was so loud ... it appeared Gale started crying.

The moment was awesome ... but when Sayers' ex-teammate and good buddy, Dick Butkus, spoke about Gale afterward, he called the whole situation "a tough thing."

“I call and check on him quite frequently," Butkus told the Chicago Sun-Times. "Sad deal. You’ve just got to be thankful for what you’ve got. I’ve got my problems with neuropathy and my balance. But, I’ve got no pain, and I still know who I am. I’m happy about that.”

Gale was one of the greatest NFL players ever ... famously scoring 22 touchdowns in his rookie season in 1965.

He was inducted into the Hall of Fame when he was just 34 years old ... and is still the youngest player to ever earn that honor. 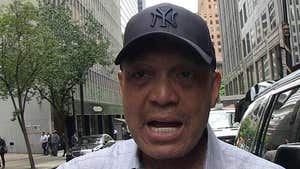 Reggie Jackson Gets Emotional Over Bill Buckner, 'It's a Shame' 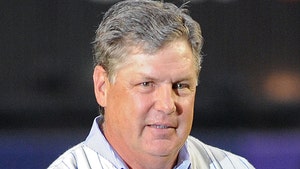