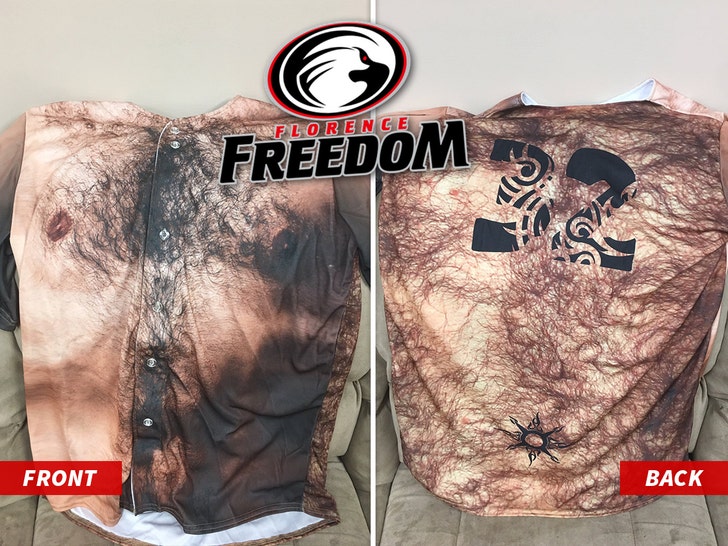 The Florence Freedom -- which plays in the Frontier League in Northern Kentucky -- busted out the jersey promotion while hosting the Lake Erie Crushers at UC Health Stadium on Sunday night.

Yes, the players ACTUALLY wore the jerseys during the game ... until it was suspended in the 7th inning due to a lightning and rain storm in the area. The game was tied 7-7 when the game was stopped. Play will resume on July 5 -- and they'll pick right up from the top of the 7th.

Here is Wobrock’s hit in the bottom of the 6th! This allowed the Freedom to tie the game & force the game to be rescheduled to July 5th starting at top of 7! pic.twitter.com/67GhZ1KQaU

But, before lightning struck, fans in attendance were able to BID on the jerseys worn by the players. Unclear if the players will still wear the special uniforms when play resumes next month.

The hairy unis weren't the only promotion that night -- the team also dropped hot dog prices to $1 and certain beers were only $3 (for dads only!).

Not a bad way to celebrate! 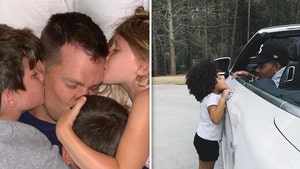