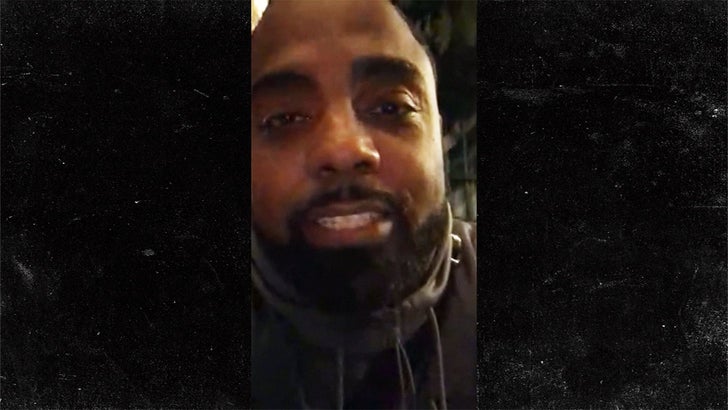 'Real Housewives' fans chewed out Kandi Burruss' husband for bringing his adult daughter to a strip club to celebrate her birthday, but hear him out ... he has an interesting defense.

'RHOA' star Todd Tucker says he has ZERO regrets about taking 23-year-old Kaela to see some T&A up close for her big day -- despite the fact he was getting dragged over it on social media after posting a video of the, umm ... unique father-daughter outing.

Don't worry ... ya don't see anything too raunchy here, and it looks like his kid isn't even looking at the dancer's booty in this shot. Still, it caused quite a fuss in the Insta-verse.

We asked Todd why he thinks it was appropriate to bring his daughter to such a sexually-charged environment and he tells us quite simply ... it makes for great bonding.

Check out his answer ... Todd says more parents should follow his lead, and if they did, they'd have better relationships with their kids. The way he sees it, smacking "a couple of booties" with your kid could be the best way to maintain close ties, especially as they get older.

Todd also says this kinda family outing is in his genes!!! Really. You gotta hear what his mom did for him.

Maybe he's on to something, here ... but probably not.