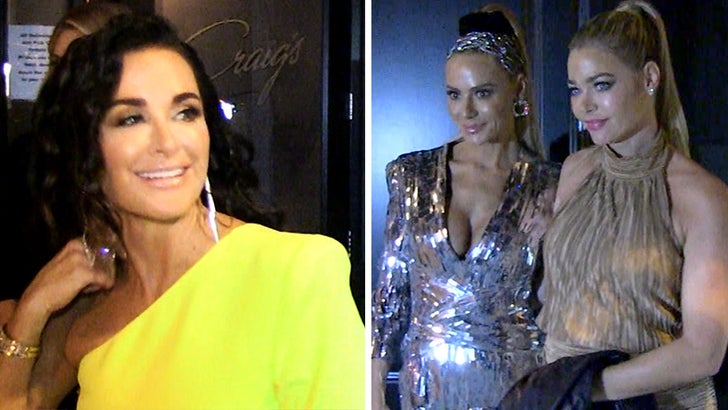 Kyle Richards ﻿and the rest of her "Real Housewives of Beverly Hills" castmates made it very clear ... Lisa Vanderpump skipping the reunion show was NOT gonna cramp their party mood.

We got some of the cast -- from Denise Richards to Lisa Rinna -- pouring outta Craig's Wednesday night and they all looked glammed up as hell while sporting huge grins. They had just finished dinner after taping the 'RHOBH' reunion show ... sans Lisa, as confirmed by Kyle. She was the highlight of our night, and not just because of her dress.

As you know by now ... Lisa had said she would not attend a reunion with women she claims have been harassing her for nearly a year now. She kept true to her word. But, check out the video ... pretty clear the cast couldn't care less about her absence.

There's been bad blood brewing between Lisa and the cast for some time now and all signs point to #PuppyGate as the root of the beef. Kyle's little misunderstanding also turned up the heat.

My truth about LVP Is that she tried to ruin my life! She had employees trash my wine,she gave ultimatums on the show it was either her or me, she conveniently lost her memory during my lawsuit which cost me all of my savings. So yes she is my own personal devil

Then there's this ... Brandi Glanville ﻿-- who got props from her castmates for reportedly dating someone 10 years her junior -- ﻿took to Twitter Wednesday to fan the flames, calling Lisa "my own personal devil."

If and when season 10 of 'RHOBH' gets greenlit, seems there's gonna be plenty of tea ... with or without Lisa. 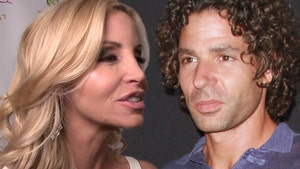