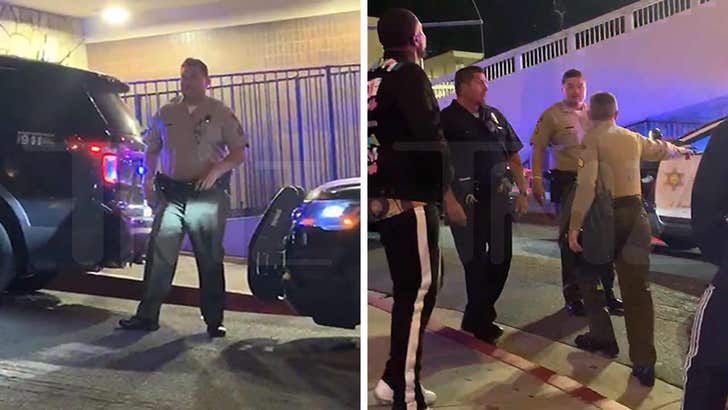 The Sheriff's deputy who was screaming at bystanders as YG got handcuffed by a swarm of cops crossed the line and will get a talking to ... so say his bosses in the L.A. County Sheriff's Dept.

The deputy in question went off on people on the street who watched as a gaggle of deputies ordered YG out of his Lambo early Sunday morning on the Sunset Strip ... this after they say he was driving recklessly.

As tensions mount -- deputies say YG became belligerent so they cuffed him -- one of the cops gets into it with the crowd, screaming at them to "shut up." It's clear from the video, that the deputy was inciting the crowd and escalating the situation. The Sgt. on scene told the deputy to back off.

Our law enforcement sources tell us, Sheriff's brass believes the deputy was out of line, and he will be counseled on how to deescalate similar situations rather than stoke the coals.

That said, we're told there will NOT be formal discipline, nor will internal affairs conduct an investigation.

YG was released after a field sobriety test revealed he was not under the influence, however, he was given a citation for reckless driving. 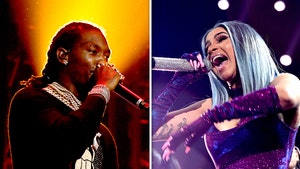