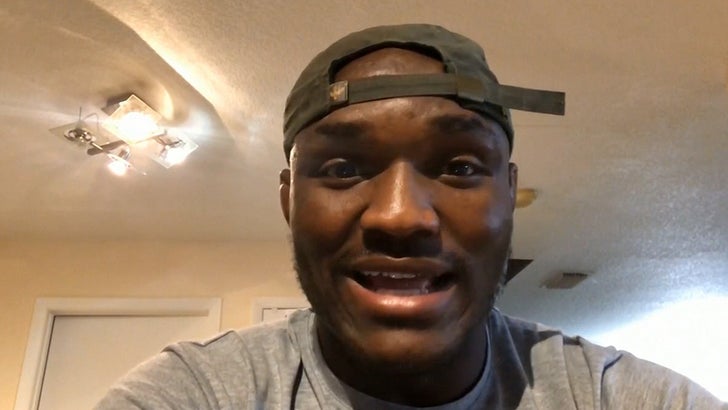 UFC welterweight champ Kamaru Usman says he's SHOCKED Colby Covington agreed to take a fight with Robbie Lawler in August instead of waiting for a title shot ... saying, "This kid f*cks it up again!"

Usman -- who's recovering from double hernia surgery -- tells TMZ Sports he was REALLY hoping his first title defense would be against Covington ... a guy he HATES with a raging passion.

So, when Colby agreed this week to fight Lawler -- Kamaru says he was massively disappointed.

"I said from the start this was gonna be his fight to mess up," Usman says ... suggesting Covington took the fight for a quick paycheck to pay off gambling debts.

"Those gambling debts might have caught up to him!"

Usman says his fingers are crossed hoping Dana White gives him the Covington fight at some point because "there's no one right now I would love to punch more or hurt more than him."

Of course, Usman and Covington have been beefing for months -- and almost threw down for real in a Vegas casino back in March.

Meanwhile, Usman says he's recovering well after surgery and plans on fighting again in November -- and if he doesn't get Colby ... he'd love a crack at Ben Askren.

Remember, Ben mercilessly mocked Usman by calling him "Marty from Nebraska" leading up to Kamaru's title fight with Tyron Woodley.

Usman says it's time for a little payback.