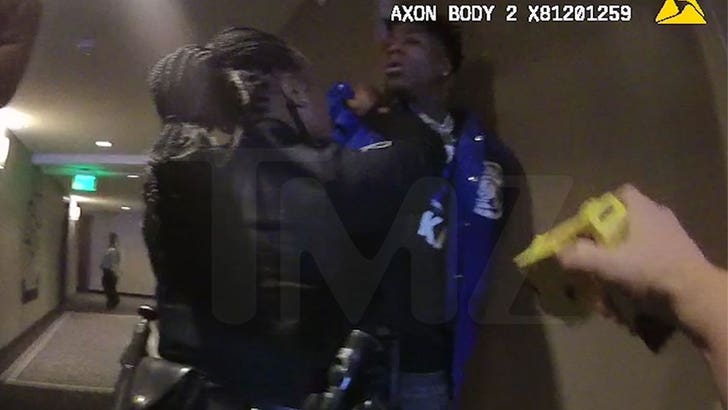 NBA YoungBoy and his baby mama got into a heated confrontation with cops when they were busted outside a hotel room ... and at one point, a cop pointed a taser at the rapper.

In police body cam footage obtained by TMZ ... you see NBA YoungBoy and his baby mama, Starr Thigpen, arguing with cops in a hotel hallway. The rapper and his girl are clearly agitated, and the intense exchange boils over when the cops pull out their tasers!

With NBA YoungBoy pinned against a wall by one cop, the other policewoman draws her taser and points it directly at NBA's genitals ... but she never pulls the trigger.

The footage is from the YoungBoy's and Thigpen's initial interaction with police inside an Atlanta hotel back in February, an incident that ended with NBA getting arrested for 3 misdemeanors --  possession of weed (less than an ounce), use of fighting words and physical obstruction with another. 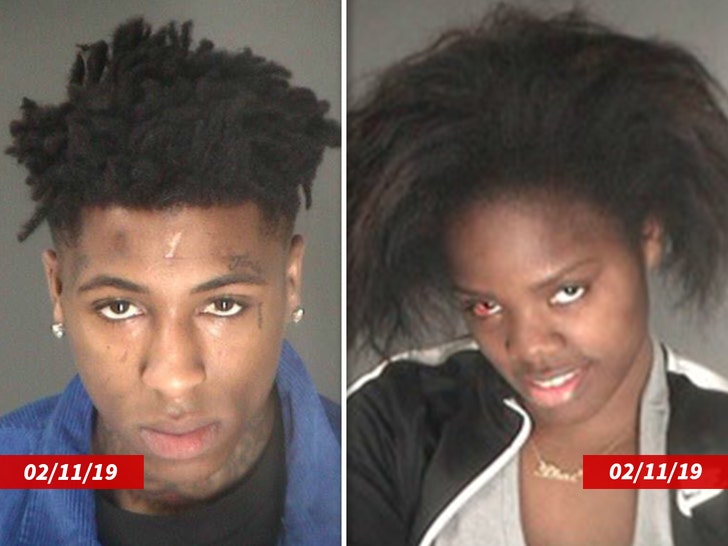 According to cops ... YB and Thigpen were hanging out in a hotel room that was supposed to be empty, when housekeeping entered the room. YB allegedly told Thigpen to get the housekeepers out, and that's when Thigpen allegedly attacked the maids, striking one in the face.

Cops were called ... and when they confronted NBA YoungBoy and Thigpen, chaos ensued.

While YB and Thigpen were getting busted, you hear her asking to see her baby, which was inside the hotel room during the entire episode.

The good news for YoungBoy ... prosecutors decided not to prosecute him on the misdemeanor charges. 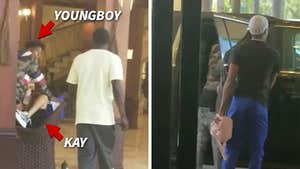