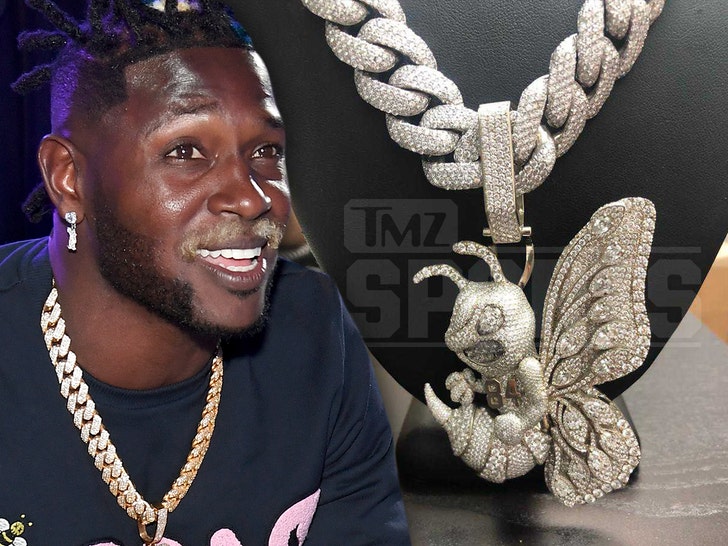 He got the G.O.A.T. rings ... now Antonio Brown is paying homage to the Greatest of All Time, Muhammad Ali, with an iced-out butterfly and bee chain worth $250k!!

TMZ Sports has learned -- the NFL superstar wanted to honor the legend and his AB nickname at the same time ... getting an insane bee with butterfly wings -- and his #84 jersey number on it.

We're told Brown went to his go-to guy, Gabriel the Jeweler, for the job ... hooking him up with the piece made with a combo of pear and baguette-shaped VVS and brilliant-cut diamonds, totaling 65 carats on the cuban chain and 50 carats on the pendent. 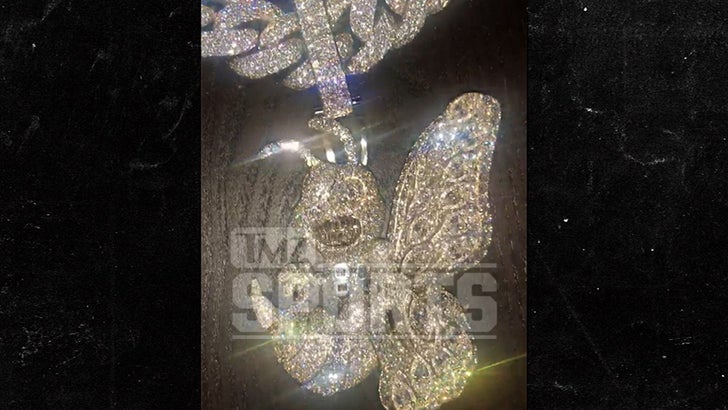 Of course ... Gabriel is the guy behind AB's G.O.A.T rings he copped earlier this year (along with pretty much all of Brown's bling) ... and has also worked with other superstars like Amari Cooper, Odell Beckham and Jalen Ramsey.

We're told this newest piece is valued at a QUARTER MILLION DOLLARS ... but don't worry, AB's in the middle of a 3-year, $50 million contract.

Business is most definitely boomin'. 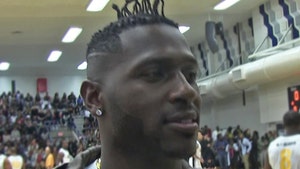 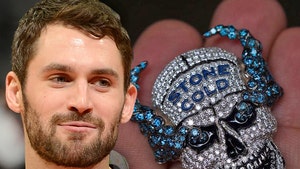