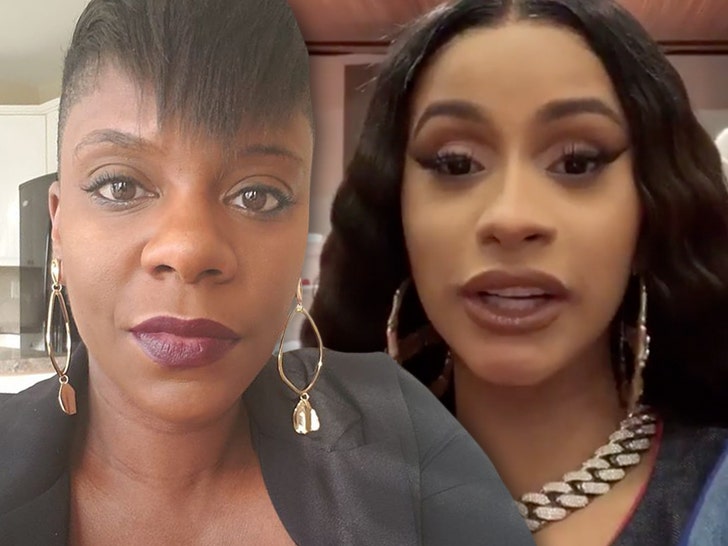 9:00 PM PT -- Cardi's rep tells TMZ, "Tasha K's counterclaims are completely frivolous and have no merit. Tasha K clearly seems to think that this lawsuit and the courts are her social media channel where she thinks that she can say anything she wants, without regard for the truth, harassing Cardi and her friends to try to gain reader to her blog at the expense of Cardi.

This is failing -- Tasha's own words in interviews and documents show that her claims are completely false. Cardi fully expects that Tasha K's claims will be dismissed, and that at the end of this case, Cardi will be victorious and Tasha K will be held accountable for the blatantly false things she has said, written and posted about Cardi, that Tasha K knew were false."

Cardi B's sworn legal enemy is turning up the pressure by claiming the rapper assaulted her -- even though they were never in the same room -- and by dragging the FBI into their battle.

Latasha K is the blogger Cardi sued earlier this year for accusing Cardi of being a drug abusing prostitute with an STD. Tasha countersued Cardi for slander, but now she just amended that lawsuit to claim Cardi caused harm to her unborn child.

Tasha's new claim of assault centers on alleged threats made by Cardi and Skeemo ... Cardi's former roommate and BFF. In the suit, Tasha says Skeemo posted "violent messages" about her on social media.

As for Cardi ... Tasha claims the MC encouraged gang members to "handle" her ... which Tasha took as a violent threat. If that wasn't enough, in the suit, Tasha says Cardi referred to her as a "dumb ass b*tch" and a "hoe" multiple times on IG.

According to docs, obtained by TMZ, Tasha was in the first trimester of a "high-risk pregnancy" at the time of the alleged threats, and she says doctors put her on mandatory bed rest.

Although she's not suing Skeemo, Tasha says his alleged violent threats scared her enough to call in the FBI ... but according to her, the agency simply told her to move if she was so concerned.

Tasha says she took their advice and moved -- which is why she's suing Cardi for moving expenses as part of her $3 million lawsuit.

We've reached out to Cardi's camp for their response to the new allegations ... no word back yet. 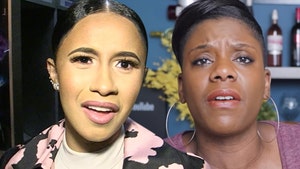 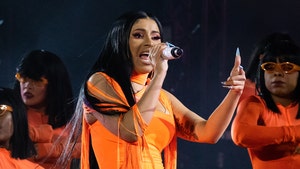