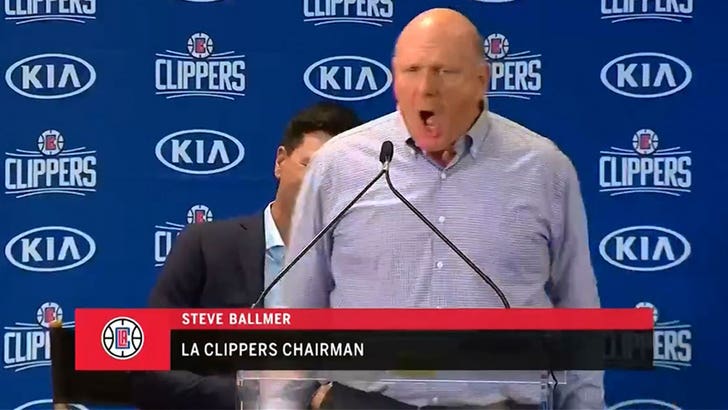 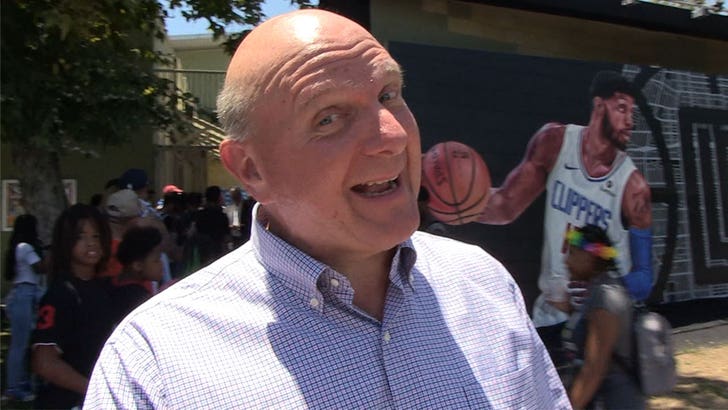 The funniest part is when we asked if he's ever been more excited about ANYTHING in his life ... and he ALMOST said the wrong thing in front of his wife!

Don't worry, he totally redeemed himself!

The L.A. Clippers chairman -- who's worth $52 BILLION -- just went absolutely BERSERK while introducing Kawhi Leonard and Paul George as the newest members of his team.

He screamed, his voice cracked ... he got the whole media group to stand up and cheer for the Clip Squad -- it was hype!!!

Ballmer says Kawhi and Paul are the two missing pieces the Clippers need to get the Larry O'Brien Trophy ... which he now calls the "Larry O.B.!"

Steve said it's championship or bust ... and gave an old Bronx Cheer when discussing the possibility of a 2nd place finish during the 2019-20 season. 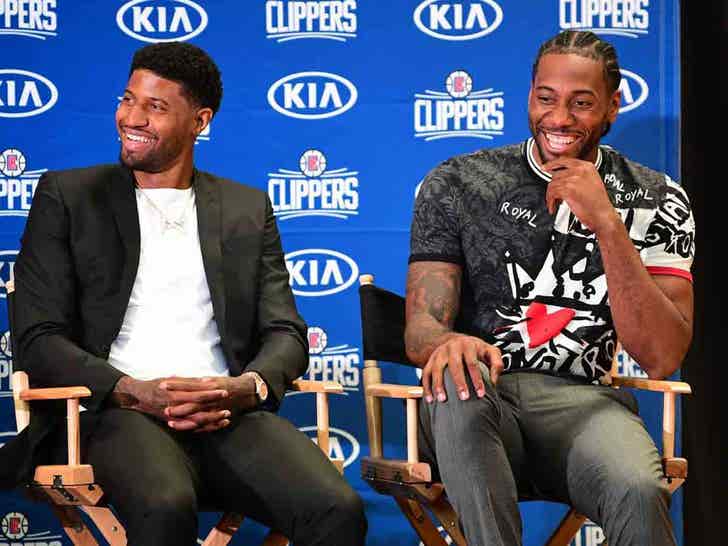 As for Kawhi and Paul, they couldn't have been more respectful to their previous teams and thanked their old cities and teammates ... before talking about how excited they are to play in L.A.

BUT BALLMER STOLE THE SHOW!!!

By the way, Ballmer has been going H.A.M. at public events for decades ... don't forget all the craziness from his Microsoft days. Classic! 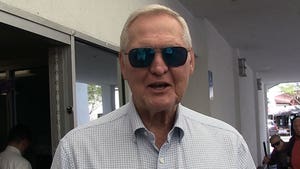 Clippers' Jerry West Says He Didn't Close Kawhi Deal, 'I Get Too Much Credit' 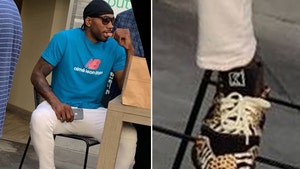