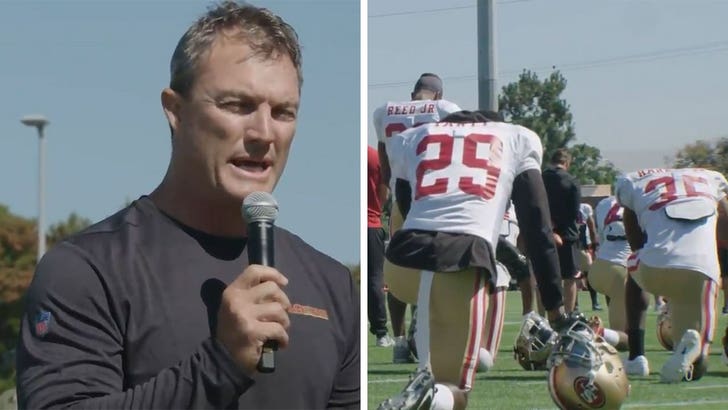 John Lynch asked everyone in attendance at the San Francisco 49ers' practice Monday to participate in a 30-second moment of silence to honor victims of the shooting in Gilroy over the weekend.

Three people were killed and 12 others were injured when a man opened fire at the Gilroy Garlic Festival in Northern California late Sunday afternoon.

Lynch -- who's the Niners' general manager -- wanted to honor everyone affected by the tragedy ... so he called for 30 seconds of prayer before SF's training camp workout.

"Our community was affected by a horrific tragedy last night down in Gilroy," Lynch said ... "and our players, our team, our organization thought it would be appropriate to start practice with a moment of silence."

Lynch added, "Let's give it 30 seconds to think about the people affected by Gilroy in this community."

As we previously reported ... people began running from the Gilroy festival -- which is just 40 miles from the Niners' stadium -- after gun shots rang out during one of the concerts. 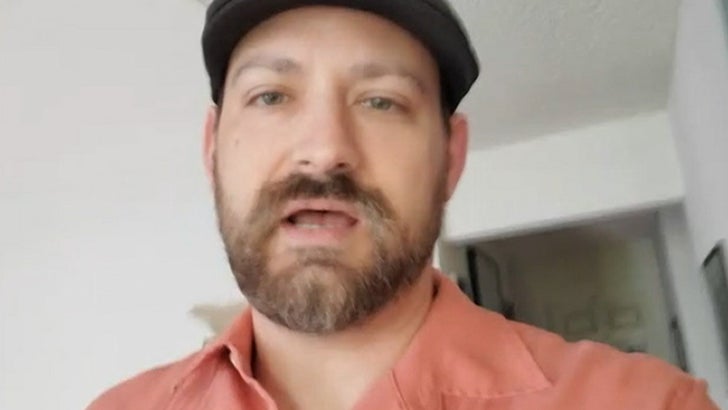 Law enforcement says the shooter used an AK-47-style rifle ... while witnesses claim he was wearing fatigues and shooting at random.

The father of the 6-year-old who was shot and killed in the gunfire was wearing seen wearing a Jimmy Garoppolo jersey at the hospital shortly after the tragedy.

Alberto Romero outside of Santa Clara Valley Medical Center, who just lost his 6 year old son, Steven, at a shooting in Gilroy Garlic Festival on Sunday. "I couldn't believe what was happening, that what she said was a lie, maybe I was dreaming." (via @jcfphotog) #gilroyshooting pic.twitter.com/bpQwIaNXGi 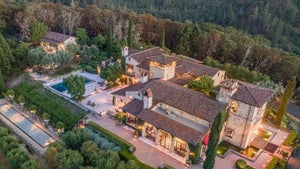