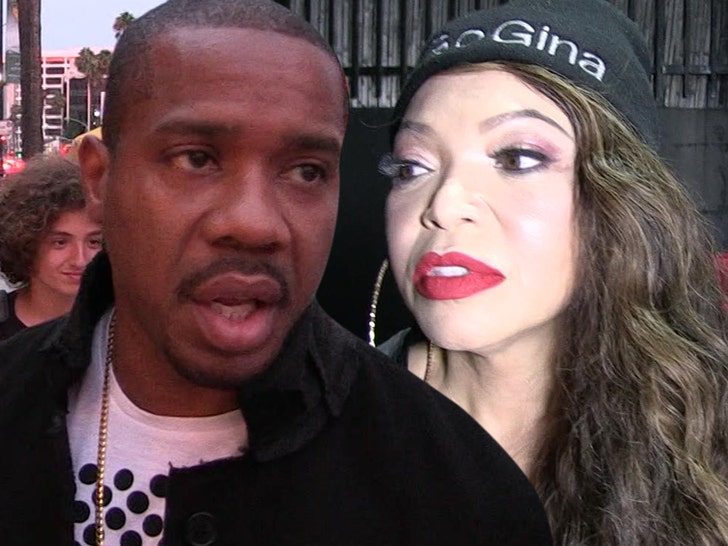 Tisha Campbell's nasty divorce from Duane Martin seems to have hit a new low -- he says she's accusing him of stealing, but only because she's having mental breakdowns.

Duane makes the claims in new divorce docs -- obtained by TMZ -- saying he's concerned about her mental and emotional well-being. In the docs, Duane says Tisha had multiple breakdowns, including a "severe" episode back in August 2017, and she's become paranoid and anxious.

According to the docs, Duane's legal team had to take breaks during Tisha's deposition because she was unable to control her emotions.

A source close to Tisha calls the new allegations "nonsense" and a continuation of the "gaslighting" he did to her throughout their marriage. We're also told Tisha's working on a new sitcom set to debut in the fall, plus a couple of high-profile reality shows.

As we reported ... back in February, Tisha and Duane reached a temporary custody deal for handling exchanges of their kids. At the time, it seemed like a promising sign in their nasty split.

So much for those good vibes.