Garrett was hit with an 8-GAME suspension for running over to the Pirates dugout Tuesday night and singlehandedly trying to fight ... well, everyone.

Yasiel Puig -- who was on the Reds at the time of the incident -- got 3 GAMES for bull-charging over to the brawl and trying to fight everyone.

During the game, Puig was traded to the Cleveland Indians ... so he'll serve his suspension with them. 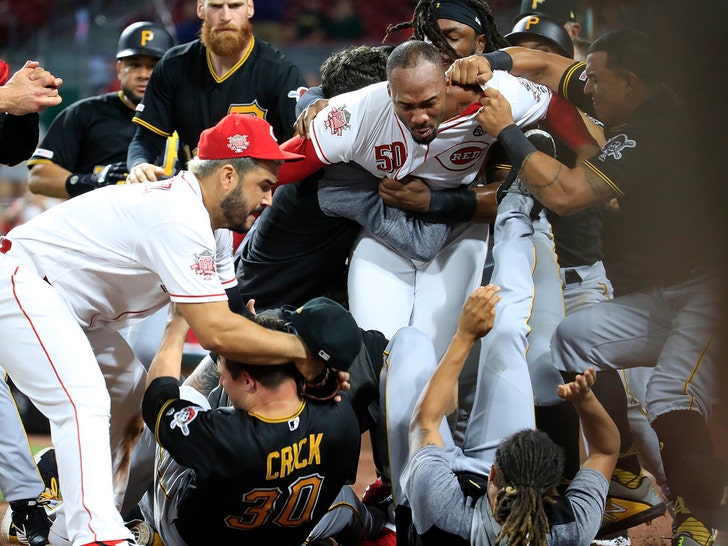 Here's how the rest of the suspensions shook out ...

-- Pirates pitcher Keone Kela got 10 GAMES for intentionally throwing a 97 MPH fastball at Derek Dietrich's head in the 7th inning.

-- Reds pitcher Jared Hughes got 3 GAMES for throwing at a Pirates player in reponse to Kela throwing at Dietrich.

-- Pirates infielder Jose Osuna got 5 GAMES for "aggressive and inappropriate actions" during the fight ... which is a fancy way of saying, "5 for fighting."

-- Reds manager David Bell got 6 GAMES for a combination of things including allowing his pitcher to intentionally throw at an opposing batter, escalating the brawl and returning to the field after he was ejected

Everyone on the MLB's naughty list also received undisclosed fines -- along with several other players involved in the brawl including Pirates pitcher Trevor Williams and Reds 1B Joey Votto.

MLB exec Joe Torre issued a scathing statement ripping everyone involved in the fight ... and it sounds like a really disappointed parent:

"The incidents between these two Clubs remain a source of concern, and it’s reflected by the level of discipline we are handing down today," Torre said.

"Everyone on the field should be aware of the example they are setting for fans, particularly young people. I firmly expect these two managers and all others to hold their players accountable for appropriate conduct and to guide them in the right direction."

By the way, all 6 of the suspended players are appealing their suspensions. Stay tuned on that. 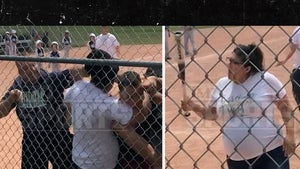 Baseball Brawl Video Shows Pregnant Woman with Bat, 'I Don't Give a F*ck'