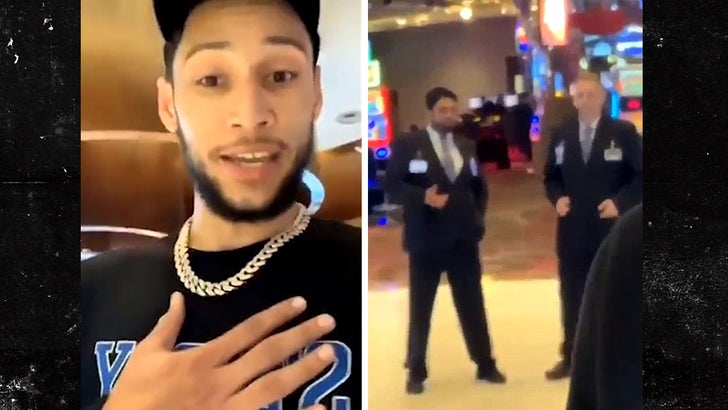 Philadelphia 76ers superstar Ben Simmons claims he was DENIED entry into a casino in Australia ... and strongly suggested it all had to do with race.

The 23-year-old was trying to go to the Crown Casino in Melbourne early Monday morning with some friends, but claims they were all turned away by security ... well, all but ONE who happens to be white.

"I find it so crazy that the only guy who doesn’t get checked to go into the casino is this guy,” Simmons said while pointing to his Caucasian buddy.

"I get checked, Mike gets checked and Taj gets checked," Ben added. His white buddy then chimes in, "Not me!"

He wasn't done -- Ben showed some of his pals, all who appear to be men of color, and continued, "They didn’t let me in, or him or this guy. Wow, we got a long way to go."

What's even more shocking about the alleged racial profiling ... Ben is insanely famous in Australia, where he grew up and became a national celebrity playing basketball.

We're reaching out to both Ben and the casino for comment -- stay tuned.

Fun Fact: The Crown Casino is where Tiger Woods and Rachel Uchitel secretly hooked up back in day. Good times! 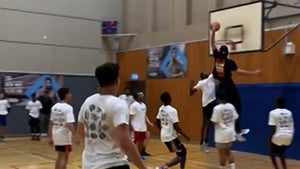 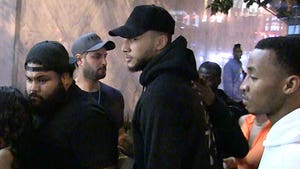