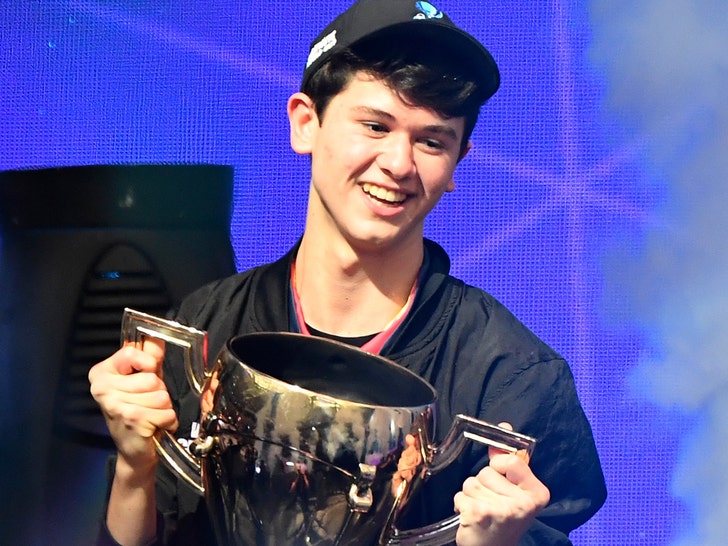 Gaming superstar Bugha -- who just won $3 MILLION in the Fortnite World Cup -- was swatted during a Twitch stream on Saturday ... after someone pretending to be Bugha called police and claimed he killed his father.

The 16-year-old -- real name Kyle Giersdorf -- was playing the same game that made him an instant millionaire when armed cops surrounded his home.

"I've been swatted," Bugha said on the live stream ... which, BTW, is a dumb trend when someone makes a fake claim on a 911 call to get law enforcement to crash an unsuspecting victim's home.

Cops called Bugha's home while waiting outside and spoke with his dad ... and eventually figured out it was a hoax when one of the officers recognized the gamer.

"They came in with guns, bro. They literally pulled up," Bughha said once he returned to the stream.

"That's scary. What if I had just got popped? Jesus Christ, the internet's f**king crazy."

Swatting is becoming a big problem in gaming, and holds serious criminal consequences -- 26-year-old Tyler Barriss was sentenced to 20 years after calling in a fake emergency on a Call of Duty opponent back in March, which led to the death of a 28-year-old man in Wichita.

After things calmed down ... Bugha returned to his friends and finished the game.

FWIW -- Bugha's friends won the game while the swatting was going down. 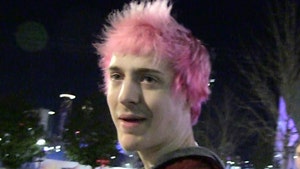 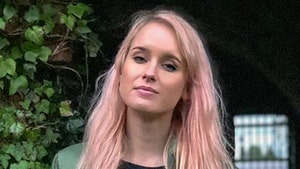