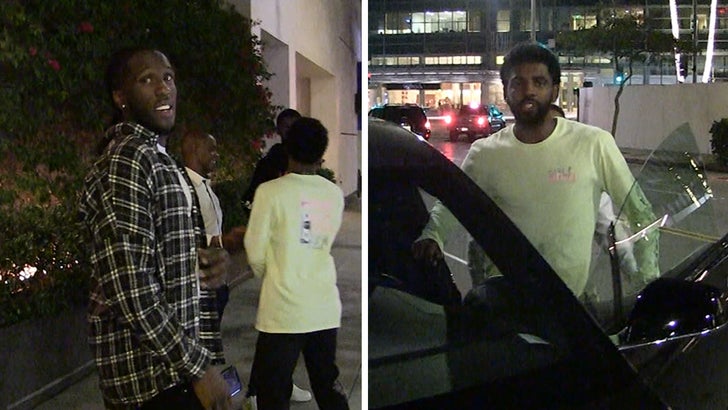 Kyrie Irving is getting a head start on building chemistry with his new teammates ... having a night out in L.A. with Caris LeVert and Taurean Prince ... and TMZ Sports has the vid!!!

The Brooklyn Nets trio hit up Wolfgang Puck's restaurant, Spago, in Beverly Hills on Monday night ... and everyone appeared to be in great spirits.

It should be encouraging to BK fans to see the NBA superstar hanging with his new guys, considering there were reports he wasn't getting along with his teammates in Boston ... and of course, there was a MAJOR falling out in Cleveland. 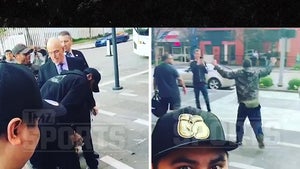 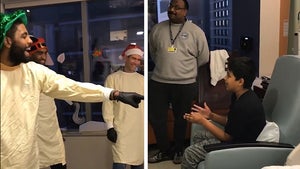