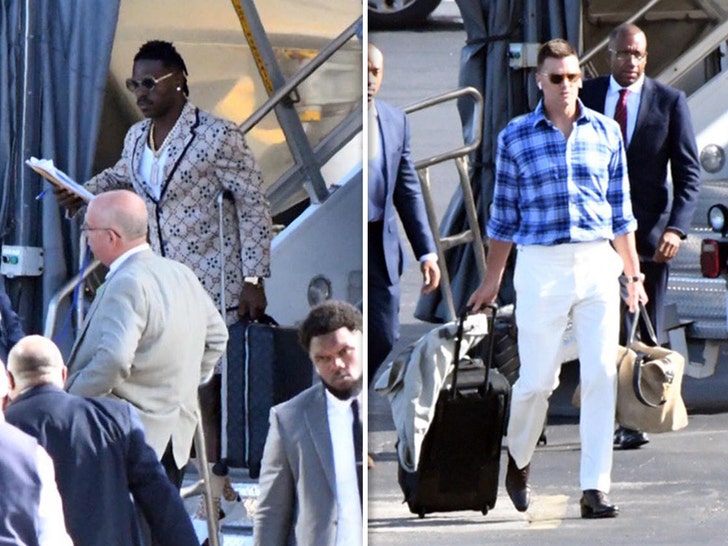 11:10 AM PT -- AB just scored his first touchdown as a New England Patriot, and it came off a bullet from Tom Brady into the end zone.

Antonio Brown scores his first TD and SITS ON A FAN😳😂 pic.twitter.com/FooiFHWR0P

From about 20 yards away from the goal line, Tom threw a quick dart to Antonio ... who made the catch, landed on his feet and immediately proceeded to jump into the stands -- falling back into a fan. He then got back onto the field and celebrated like there was no tomorrow.

It's 13-0 against the Dolphins at this point.

10:42 AM PT -- Antonio Brown has taken the field for the Patriots, and so far ... he's doing pretty damn well, having made several catches and helping his new team score first against the Dolphins. 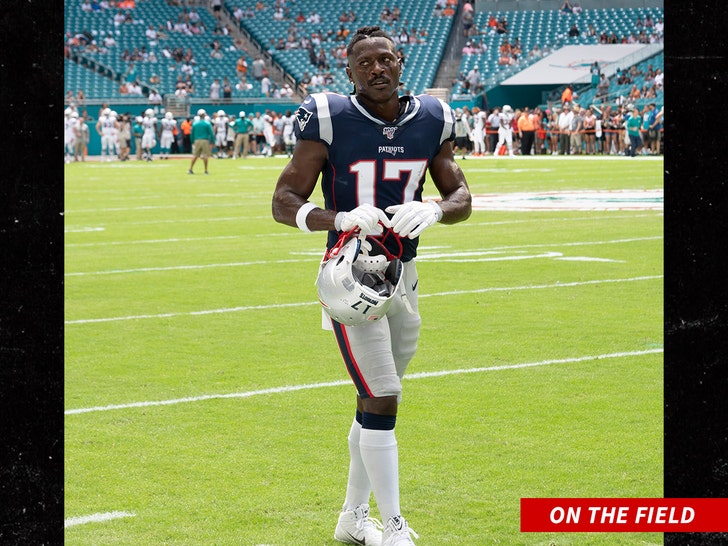 Antonio Brown looked confident as he deplaned in Miami with Tom Brady and the rest of the team, with all signs pointing to him taking the field Sunday ... despite rape allegations.

Brown arrived by private jet, and with Brady by his side the day before the Pats take on the Dolphins -- along with the fact Brown practiced with the team 3 times in the last week -- it seems pretty clear he'll helmet up.

Bill Belichick hasn't been definitive, although he did say the team is taking the allegations seriously. 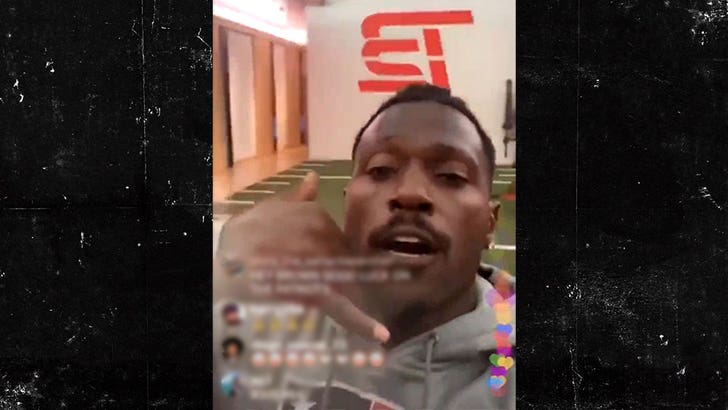 As for Brown, he's strongly denying he did anything untoward with his accuser, saying the contact with Britney Taylor was all consensual. He also says, "The devil gonna try to bring you down when you get closer to your goal."

For her part, Taylor is meeting with NFL investigators Monday. 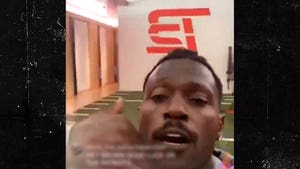 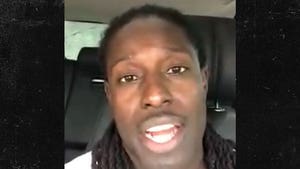