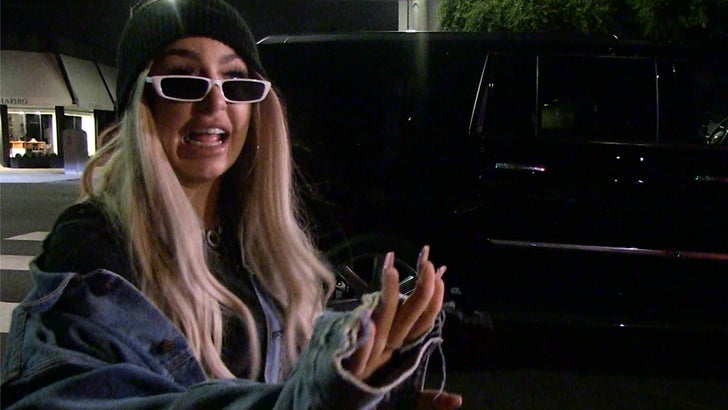 Tana Mongeau says Kylie Jenner imparted some useful words of wisdom on the journey of pregnancy -- which, apparently, won't be put to good use anytime soon.

The YouTuber was leaving Poppy Monday night in WeHo, where our camera guy asked if KJ was able to offer some knowledge on managing the preggo life. As it turns out ... she did!!! But, unfortunately, it's not gonna benefit Tana for the time being -- especially considering the state we caught her in here ... drunk as a skunk.

Her words, not ours.

Some quick backstory ... Tana posted a photo of her and Kylie last week, saying the KarJenner gave her pregnancy advice -- which was the latest troll move between her and her "husband," Jake Paul. There's a big dispute over whether Tana's pregnant or not.

You'll recall ... Tana pulled a big preggo-scare prank on Jake about a month ago, which she documented on her YouTube channel. Based on his reaction to her baby news, it sure seemed like he bought it at the time. Looks like he's trying to get her back for that.

Speaking of her relationship with Jake -- AKA, their not-legal marriage -- we picked Tana's brain about that too. Specifically ... how the not-living together was going.

Check it out ... she says it's going swimmingly. And, not for the reason you might think either. 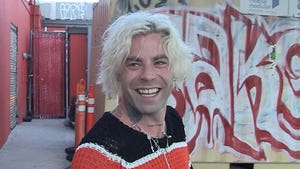