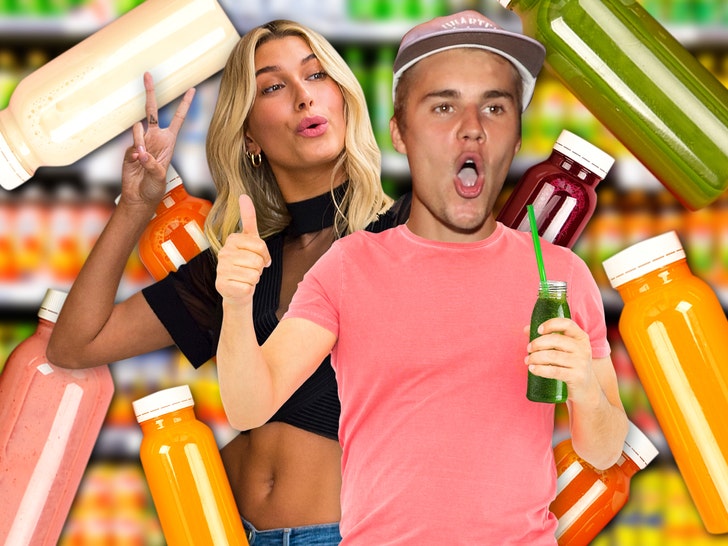 The Biebers shouldn't run out of hydrating refreshments on their big day ... thanks to a local juice shop supplying enormous quantities of delicious drinks.

Justin and Hailey's people visited The Juice Hive in Bluffton, South Carolina Sunday to place a large order, because Justin really wants organic juice on hand for wedding guests. As you know ... the event is scheduled for Monday evening at the Montage Palmetto Bluff. 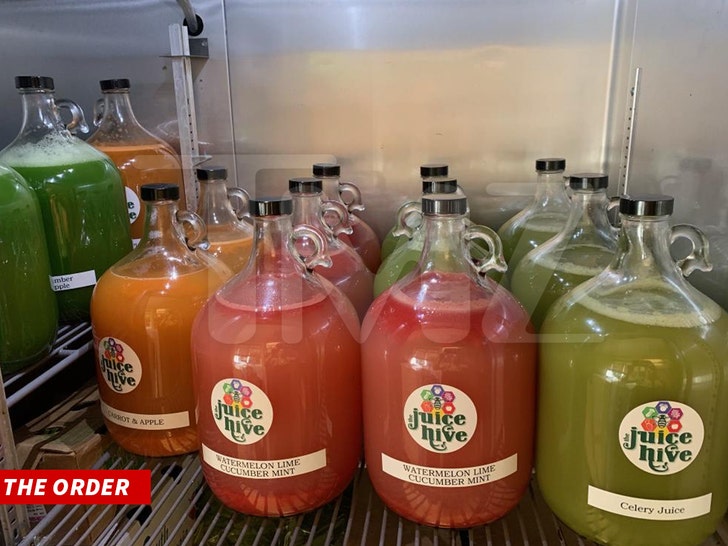 The Juice Hive order includes 3 main flavors -- Orange Bee, which is carrot and apple juice ... Red Bee, which adds beet to the mix ... and Green Bee, which is spinach, kale, cucumber and celery.

On top of that, manager Liz Breeckner tells TMZ the shop even made Justin and Hailey a special gallon and adds ... "we are glad they chose a local juicery for their wedding."

As for the special juice made just for the Biebers ... it's a mix of celery, watermelon, lime, mint and cucumber. We're told the shop plans to sell this blend in the future ... and it will be called the Bieber Bee.

We broke the story ... 154 guests are expected at Justin and Hailey's wedding, so if you do the math -- that's more than 16 ounces of juice per person. Plus, ya gotta imagine it'll be open bar ... so nobody will go thirsty. 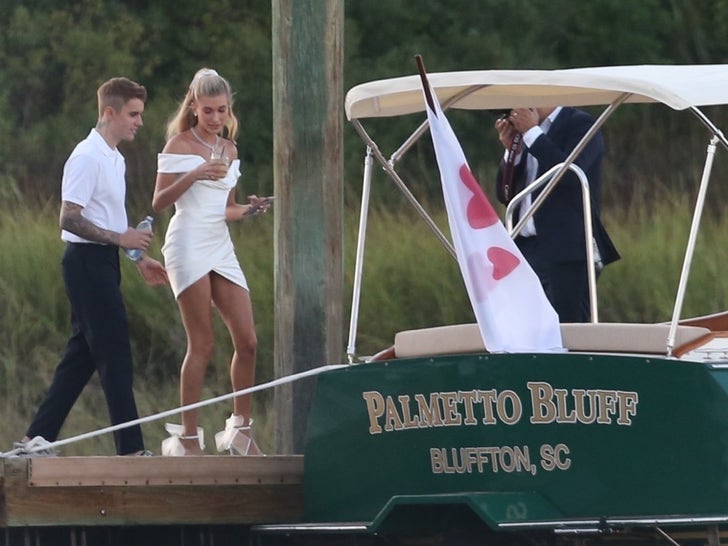 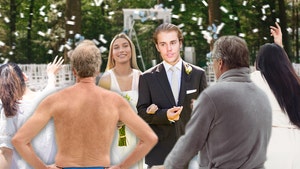 Justin and Hailey Bieber's Wedding Is Pissing Off Hotel Guests 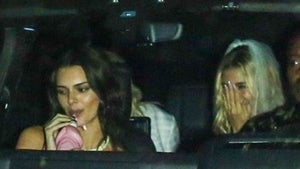 Hailey Bieber Wilds Out with Kendall Jenner at Bachelorette Party