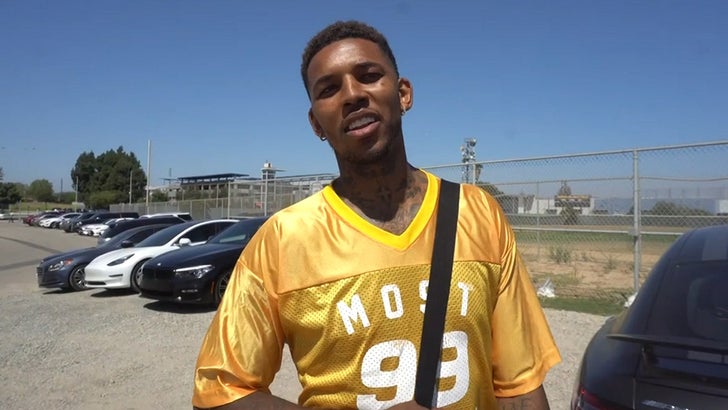 Social media can make careers ... and it can also kill them -- and Nick Young thinks Instagram is partly to blame for Carmelo Anthony's unemployment status.

Tons of huge NBA stars have questioned why 35-year-old Melo hasn't signed with an NBA team since his short run with the Houston Rockets last season.

In fact, Dwyane Wade told us just yesterday Melo can still play at a high level and should be back in the league.

Swaggy P agrees ... saying Melo "still has a lot of basketball left in him" -- but suggests the real reason he's without a squad is because of the 'gram.

"I think it got a lot to do with Instagram ... how he's being treated. Every time he shoots the ball its a meme. It's kinda funny, but it kinda messed him up."

We think Young is saying that there's a bunch of trolls mocking Melo on social media ... and it's sending a negative message to NBA teams.

But, from what we've seen, Melo's basketball presence on IG is mostly positive -- especially on basketball guru Chris Brickley's page, where Anthony routinely balls with current NBA players to show the world he still has the goods.

Bottom line ... seems EVERYONE feels Melo belongs in the league -- so when will a team pull the trigger and sign him already?!?

There's more ... Young also says he's making a comeback of his own -- and says he thinks getting back with the Lakers would be the perfect landing spot for him.

Young spent 4 seasons with the Purple and Gold and clearly loves Los Angeles ... where he lives with his family. He's also from L.A. and went to college at USC.