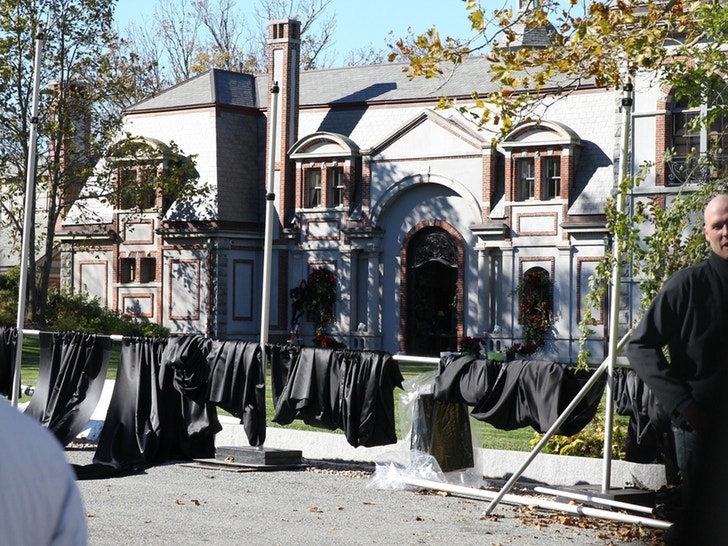 5:17 PM PT -- The sun has set on the east coast, and if you're curious what J.Law's wedding venue looked like just as the day turned to dusk ... take a gander. 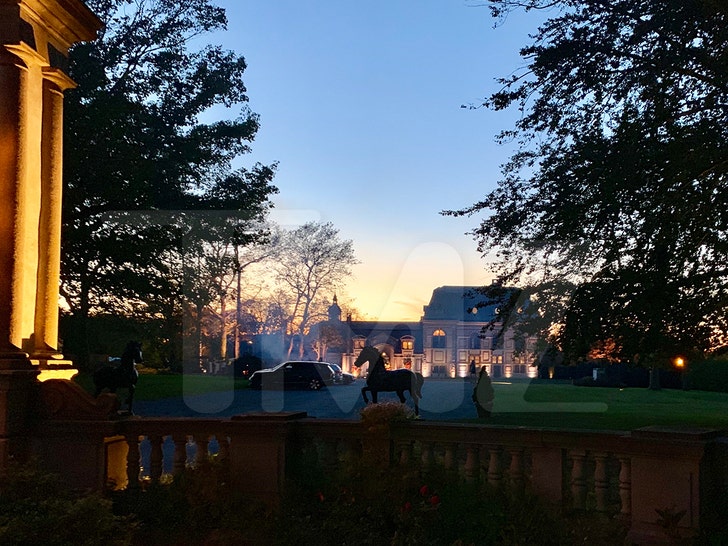 Here's a wide shot we got a hold of showing Belcourt with the sun going down behind it under the twilight-lit sky. Easy to see why Jen and co. decided on this place ... it's absolutely gorgeous. Guests have started to arrive too, BTW -- some of whom include Kris Jenner, Emma Stone, Ashley Olsen, Sienna Miller and David O. Russell, among others.

Jennifer Lawrence is hours away from saying "I do" on the Eastern Seaboard -- but until then, the meat and potatoes of her wedding venue are still being worked out ... literally.

Preparations for J.Law's nuptials were underway early Saturday morning at the historic Belcourt of Newport estate-turned-museum in Rhode Island -- where the actress will be tying the knot with hubby-to-be Cooke Maroney later today in front of 150 guests.

Caterers for the event were hard at work getting ready for the ceremony -- unloading supplies and wheeling them through the massive doors of the property. But, more importantly ... it appears the actual food that'll be served up was being worked on as well.

From the looks of it ... these guys brought over a slaughterhouse's worth of meat, and it seems they were getting ready to fire it all up in a wood-burning barbecue.

Assuming, J.Law and Cooke didn't make any last-minute changes to their extravagant menu, this would probably be the 5-week-aged leg of beef with forager's sauce -- just one of the two meat options folks can choose from for the main course of their meal.

Based on the size of this one slab here, we're guessing no one will go hungry. Save your appetite, dinner's almost ready!!! 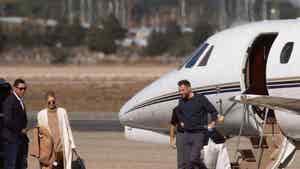 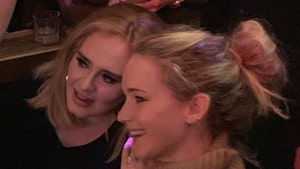