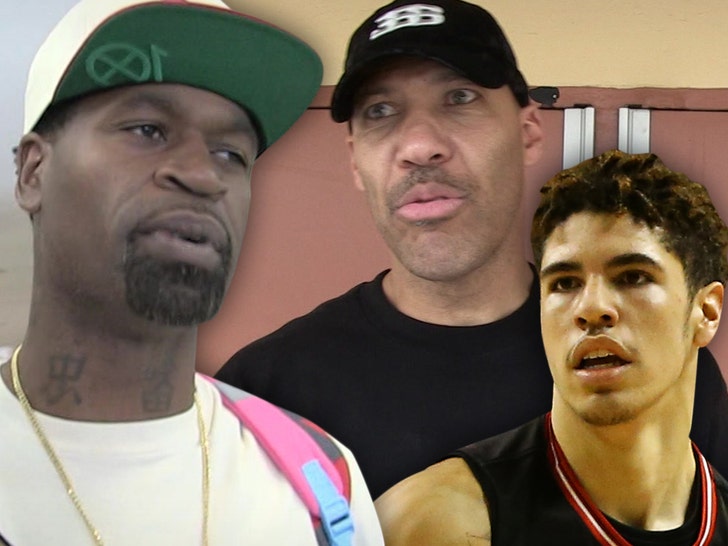 The only thing keeping LaMelo Ball from basketball greatness is LaVar Ball ... so says Stephen Jackson, who wants everyone to team up and protect the hooper from his dad.

The 18-year-old has been skyrocketing up the NBA prospect rankings as of late ... and while the dude's clearly got skills, Stack and Matt Barnes think Papa Ball's antics could mess it all up.

"I think we need to come together and hire a security team to keep LaVar away from the younger son, 'cause the younger son is the one," Stack said on Showtime's "ALL THE SMOKE" podcast.

"He's got game, he's got everything. All the talent, he out there overseas working, doing his thing. We CANNOT let LaVar mess up this kid's career."

Barnes added the issues were clear when LaVar started overshadowing Lonzo in Los Angeles ... and the best thing for him was to get the hell away.

"From the outside looking in, it really looks like there's a conflict of Zo wanting to be his own man and LaVar trying to hold on like, you're gonna do this 'family brand' thing," Barnes said.

Stack added, "Your dad cannot be speaking against your organization in the media, bruh." 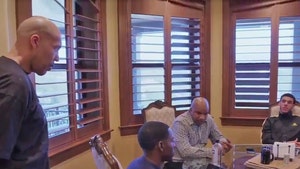 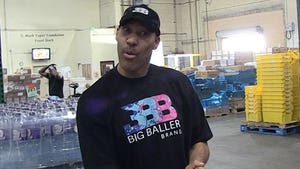