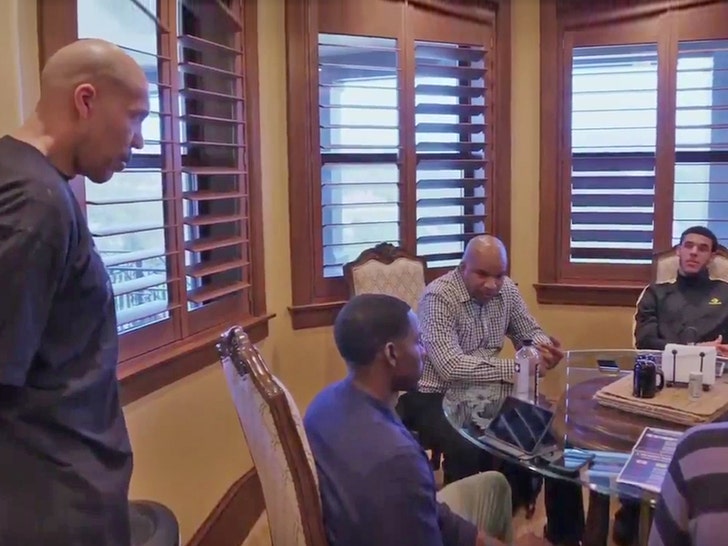 The Big Baller Brand is in a state of emergency ... with LaVar and Lonzo Ball getting in a heated argument over the future of the family business ... and LaVar calling his son "damaged goods."

It all went down when the cameras were rolling for their Facebook TV show, "Ball in the Family," ... when Zo asked LaVar if he'd consider changing the company name in wake of the allegations that ex-partner Alan Foster stole MILLIONS from the family.

"Hell no, I wouldn't change the name," LaVar says.

"I’m just saying, BBB is always going to be the name on the fact that it also stands for the three Ball brothers. I’m not changing that s**t at all,” LaVar fired back.

Lonzo tries to get the opinion of business partner Chris Rivers, who's also present during the argument ... and that's when LaVar went off.

"I don't give a s**t about his opinion ... listen to me, son. When I come out with a name and then somebody tells me to change it, that’s like me telling me to change your name."

"That’s like people saying ‘Oh, hey, change Lonzo’s name to Alfonzo on the fact that he been damaged goods for the last two years.'"

Of course ... LaVar is referring to the fact that Lonzo's short NBA career has been plagued with injuries (the Pelicans guard still hasn't played 100 total games yet).

Lonzo says the brand is "demolished" and clearly looks defeated from the argument ... but LaVar doesn't want to give up.

"You're the one that gotta make it grow. I made you guys superstars for a reason. But, if I don't do the things that I'm doing, Zo ... you're just another regular old player."

It's been a rocky few months for BBB ... with Zo's manager telling consumers to throw their ZO2 shoes in the trash ... and Ball admitting his first round of his signature shoes were defective.

Now, with Lonzo and LaVar seemingly at odds -- ya gotta wonder how much longer Zo will put up with LaVar's antics given that he's a grown-ass man who doesn't really need his dad's help with his career. 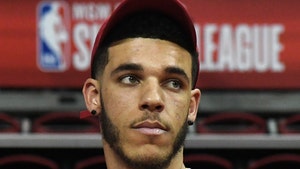 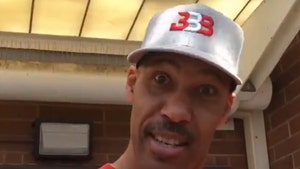 LaVar Ball Fires Back At Charles Barkley, You Wish I was Your Father!